Partners in Rule – Positioning Queen Joan as Second Person of the Realm? 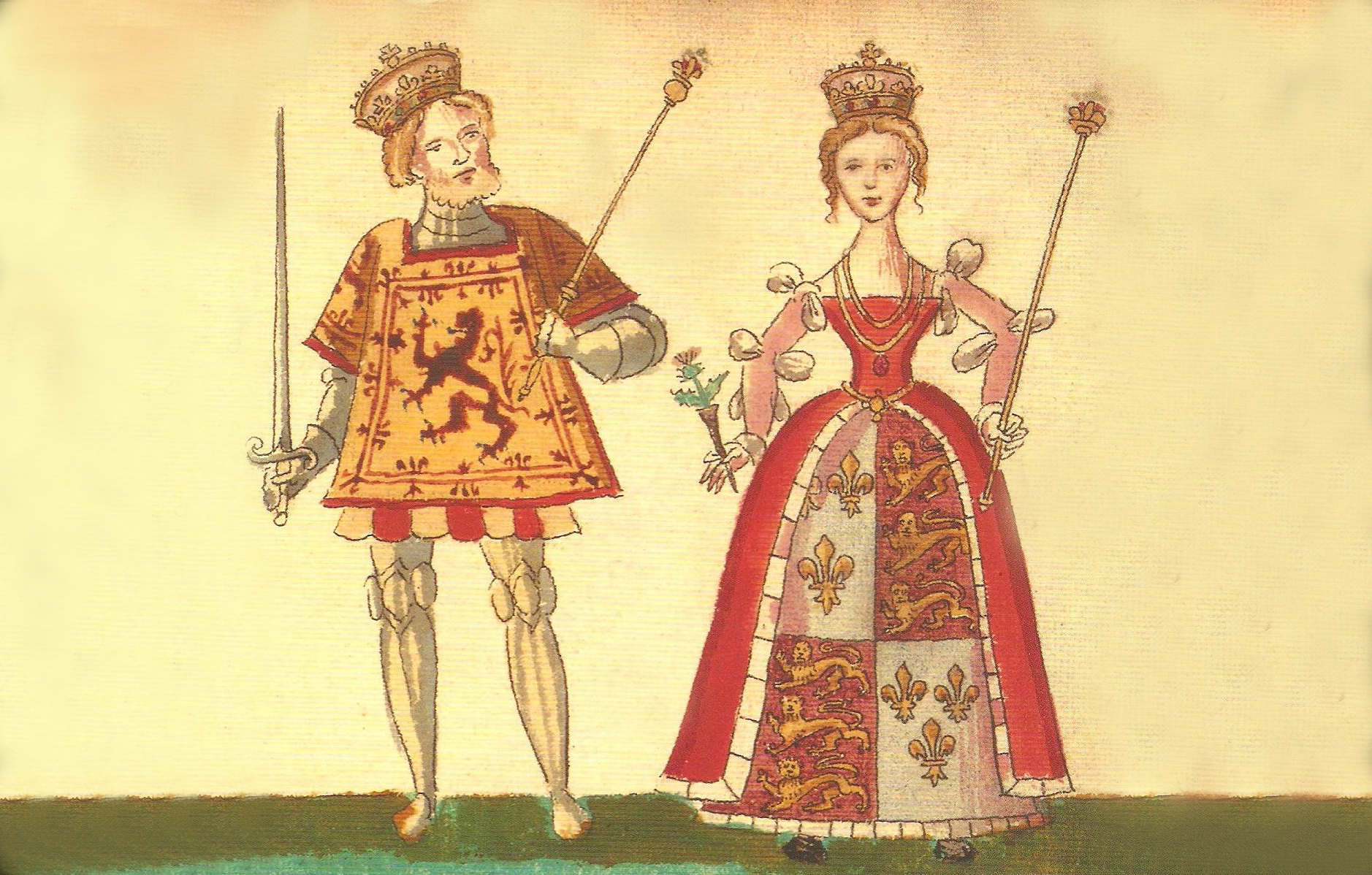 Positioning Queen Joan as Second Person of the Realm?

James I and Joan Beaufort were married in February 1424 in a ceremony presided over by Henry Beaufort, bishop of Winchester. Beaufort was later chancellor of England and was a central figure in the Lancastrian government (see ‘Medieval Match.com? James I, Joan Beaufort and the King’s Ransom’). The marriage was part of the agreement around the release of James I from English captivity, with this union to an English noblewoman designed to encourage good relations between in England and Scotland. Although this was a political union, it has been convincingly argued that it was also a union of hearts. James I and Joan were a formidable royal team, but arguably Joan’s importance has been underestimated. This blog explores how ritual, ceremony and display were used by James I to honour his queen and underline her position in the realm. While strong marital bonds might be presumed to be a good thing, Joan’s elevation was unusual in Scotland and thus potentially problematic for a king returning after many years of absence.

Joan was crowned alongside James I in the abbey church at Scone on Sunday 21 May 1424, before the king undertook the traditional Scottish enthronement ritual outside on the Moot Hill (see ‘The Return of the King (Part 2): Ceremonial Statements of Power in 1424’). The crowning of a queen alongside her husband was not then the usual practice and had not been seen in Scotland since the betrothal of Prince David and Joan Plantagenet (both children) in 1328. The ceremonial role of the queen consort in Scotland was developing through the fourteenth century. Elizabeth de Burgh, wife of Robert I, has a rather ambiguous role and appeared to have no ceremony to mark her rise in status from noblewoman to queen consort in the early fourteenth century. By 1390, Annabella Drummond, wife of Robert III, was crowned on a separate day, following her husband’s coronation ceremony. However, none of her predecessors were physically crowned next to the king.

Ceremonies of queenship in Scotland in this era were still negotiated rituals, and this reflected the position of the queen in the political and royal sphere of influence. From the moment that James I and Joan were crowned alongside each other in 1424, James immediately and publicly positioned his queen at his side as the second person of the realm in a manner not found in earlier Scottish royal unions. This visual ceremonial act was then emphasised in subsequent actions taken by James. For example, the Records of the Parliament of Scotland evidence that James would only proceed with the renewal of the Franco-Scottish alliance in 1428 with the ‘firm and secure support of our beloved consort Queen’. Joan and key nobles also acted as intercessory agents on behalf of the disgraced Alexander, Lord of the Isles, in 1429 in a stage-managed event designed to allow the king to take a hard line and then offer a merciful compromise on the advice of good counsel. It is also important to note that, although accompanied by male figures, Joan’s performative acts of intercession are the first of a queen recorded in Scotland.

Another notable innovation for Joan came in James’ insistence that the political estates swore oaths of fealty to Joan in a General Council of 1428 and again in 1435. These oaths in the parliamentary record state that nobles and prelates risked their lands, titles and position in society if they refused to offer allegiance to the queen. This would become something that later kings of Scots would draw example from, but there is no evidence that it occurred for Joan’s predecessors. These were not the only innovations made by James, and certainly not the only thing that he was criticised for, but it was a significant shift from previous norms as far as records can show.

James I and Joan also planned a shared mausoleum in the Carthusian Charterhouse at Perth to cement their bond in death. The necrology of the Carthusian General Chapter, which chronicled the deaths of members of the community and its patrons, lists the death of Joan (15 July 1445). Here Joan is recorded as fundatrix – a title emphasising her shared role in the founding of the religious house in which they were buried. The couple were both accorded the benefits of being recorded in the order’s kalendar and this would have brought them intercessory prayers from the austere religious communities of Carthusians across Europe. Although the tomb and building do not survive, the overt projection of Joan by James as the second person of the realm gives solid foundations to the argument for a joint tomb marking their unified royal authority even in death (see ‘The Perth Charterhouse – James I and Queen Joan’s Tomb’).

Favouring Queen Joan in this manner certainly caused some tensions within the political community. Yet, these very tensions emphasised that there was strength in Joan’s political position and made her involvement, if not control, of the subsequent transferal of power from father to son at James’ death in 1437 ever more probable (see ‘A Queen’s Revenge’, and coming soon – A Queen Unleashed, and Consolidating Power for A Child King.