The Fall of the Albany Stewarts (Part 3) – Checkmate 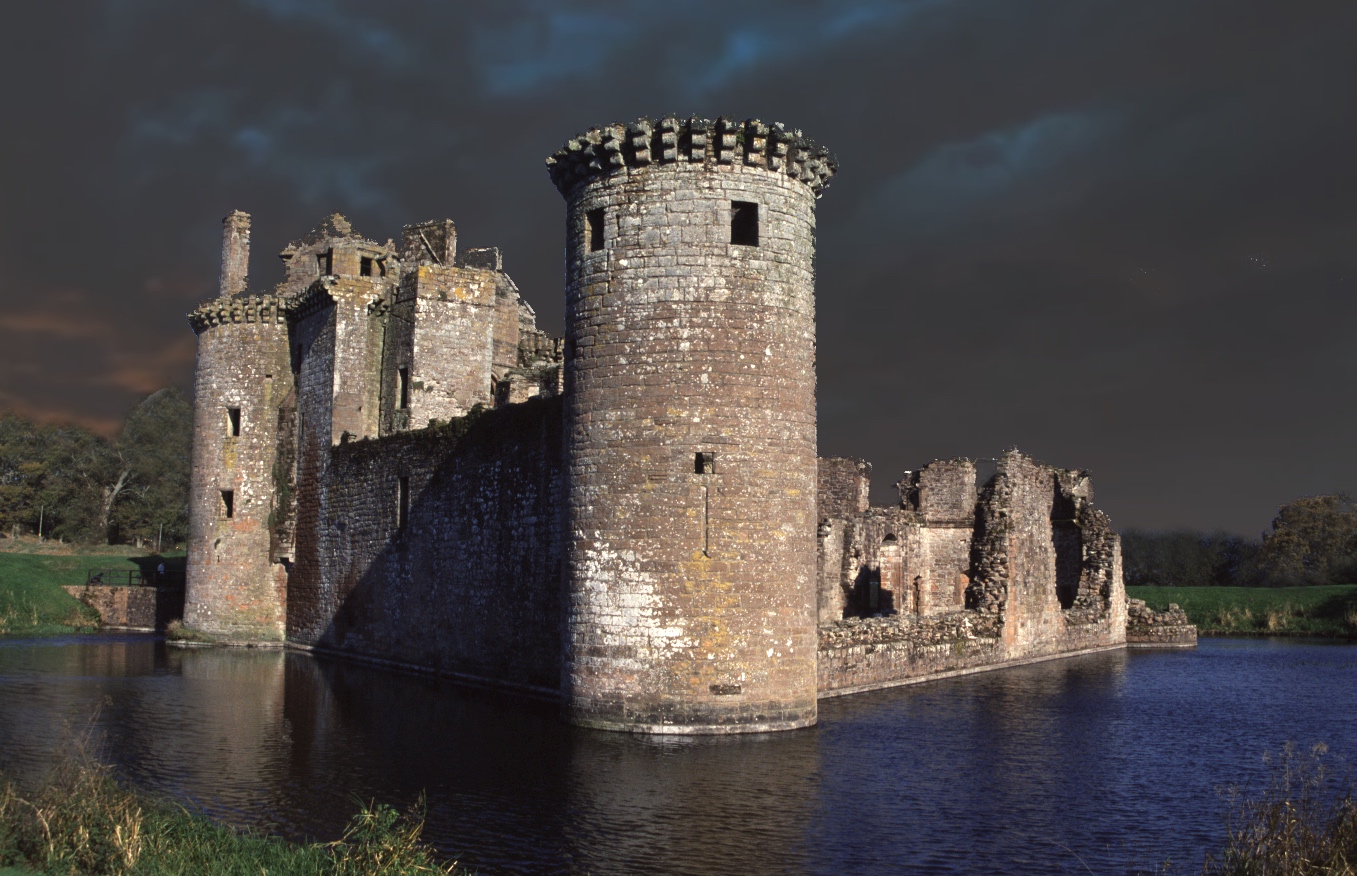 The Fall of the Albany Stewarts (Part 3)

In [1425] on 13 March the king held his second parliament at Perth, and on the ninth day he arranged the arrest of Sir Murdoch [Murdac] duke of Albany, earl of Fife and Menteith, and also of Sir Alexander Stewart, the duke’s youngest son. 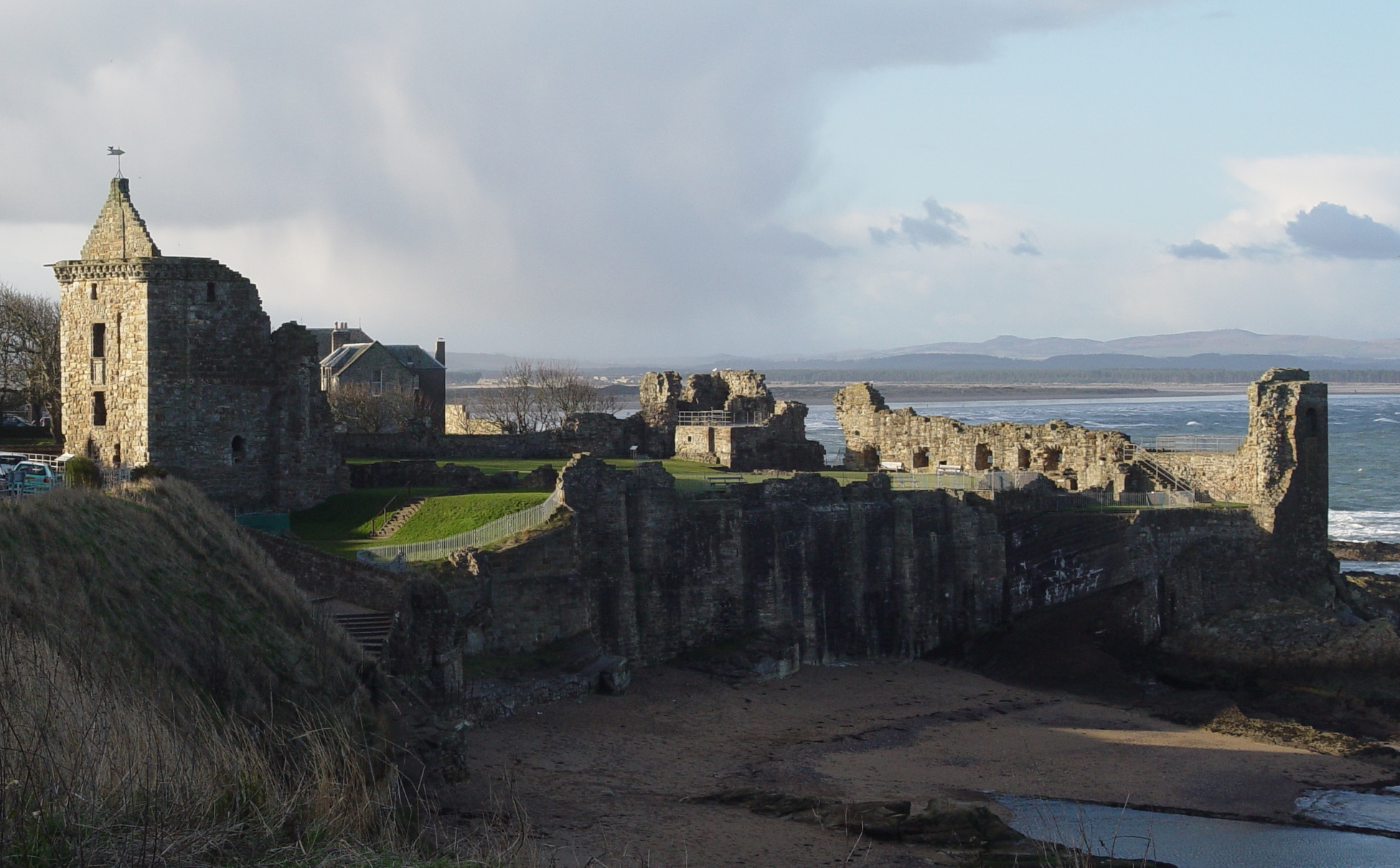 St Andrews Castle, where Murdac, his youngest son and Duchess Isabella were imprisoned in March 1425

In this single, frustratingly laconic sentence, Walter Bower recorded one of the most momentous events in medieval Scotland’s turbulent history. Detail of the steps that led to this final, spectacular breakdown in the relationship between James I and his greatest subject, cousin and closest heir do not survive in the records of the time and we are left to piece together the unravelling of the brief accord between king and duke that had climaxed with the arrest of Walter Stewart of Lennox the previous May. With hindsight we can see that the joint action that ended with Walter’s imprisonment on the Bass Rock marked a turning point after which interactions between James and Walter’s father fell away sharply. Within weeks of that event, Murdac and his closest allies were being excluded from James’s council and it was clear that the Albany Stewart star was very much in decline.

James was also turning the screw on Albany Stewart adherents

James was also turning the screw on Albany Stewart adherents, moving swiftly to turn off the flow of royal revenues into their coffers that Duke Murdac and his father before him had used to win their allegiance. The king’s cousin, Alexander, earl of Mar, was amongst the biggest losers. He saw his control of the customs revenue from Aberdeen and Inverness, a source of income that had given him the means to make his position as the Albany Stewarts’ policeman in north-eastern and central Highland Scotland effective, ended almost overnight. Past promises from Murdac to support Alexander proved worthless; when James withdrew Alexander’s access to the customs, Murdac did nothing. His inertia spoke loud to men who had looked to Murdac’s family for lordship; they should expect nothing.

A further sign of how quickly the king was moving to consolidate his grip on Scotland lay in the rapid replacement of Albany Stewart adherents in James’s council and as key office holders by men in whom he felt he could place his trust. Chief amongst these were his uncle, Earl Walter, and James Douglas of Balvenie, the younger brother of the 4th Earl of Douglas and uncle of Archibald, earl of Wigtown, who formed an important link between the king and the Black Douglases, but James otherwise filled his council with men who had been marginalised by the Albany Stewarts for decades or who had long associations with his own family. Given James’s wariness of the Black Douglases, Balvenie’s prominence along with a number of other Douglas associates suggests that the king still had an eye on Earl Archibald and the Scots army in France and his recognition that despite its remoteness it contained men who could still make or break his power. Keeping the Douglases on-side helped to neutralise that threat but it also perhaps restrained James from taking more immediate action to fully assert his authority at home.

At the end of August 1424, news from France removed that restraint and sent tremors through both the Albany Stewart and Black Douglas families; the Scots army in France had been eliminated in the battle of Verneuil and both John Stewart, earl of Buchan, and Archibald, 4th earl of Douglas, with a host of their adherents, were dead. James moved quickly to demonstrate that the old structures of Black Douglas power in the Borders had died with the 4th earl, meeting with Wigtown – the new 5th earl of Douglas – at Melrose where he resumed the royal role of patron of that monastery and signalled the dismantling of the network of personal bonds and relationships that had underpinned Black Douglas domination of the region. His nephew, the new 5th earl, was left in no doubt about his diminished place in national politics but James knew that the Black Douglases were still powerful and, if he could secure Archibald’s allegiance, a potent force in the looming conflict with the Albany Stewarts. By holding out the prospect of a key role in government and a promise of a restoration of some of the vast estates that had not automatically fallen to him on his father’s death, James succeeded in bringing the shaky support of the Black Douglases and their affinity firmly into line with his own ambitions.

Having driven a wedge between the Black Douglases and the Albany Stewarts, James began to further isolate Murdac by picking off his remaining powerful allies. First, in the autumn, he moved against Walter Stewart of Lennox’s remaining key supporters, headed by his grandfather Duncan, earl of Lennox. James struck directly at the heart of their power, arresting Duncan and sending him into imprisonment in Edinburgh Castle, and seizing along with him Sir Robert Graham, the acting head of the widespread Graham kindred and uncle of the disinherited Malise, one-time earl of Strathearn. Robert was consigned to imprisonment in Dunbar Castle. For him, this was simply another sign of James’s tyranny and vindictiveness and would send him firmly down the path that ended in the king’s apartments at Perth in February1437. Once again, Murdac did nothing in the face of this assault on his father-in-law and attack on a leading branch of his political network.

James, by contrast, was building further momentum and spent the late autumn and early winter of 1424/5 regaining control over his ancestral lands in the west and dismantling the apparatus of Albany Stewart power in the north of his kingdom. For the latter, he simply prevented the inheritance of John, earl of Buchan’s lands by his younger brother, Robert Stewart. This Robert seems to have meekly accepted his fate, unlike his father, and was one of the few Albany Stewarts to survive the fall of his kinsmen. Removal of the Albany Stewart hold from Buchan and Ross allowed James to reach a new accord with another kinsman, Alexander MacDonald, lord of the Isles, who was a claimant to Ross. Although this move was deeply unpopular with lowland nobles who remembered how Alexander’s father had marched an army as far east as Harlaw near Inverurie in pursuit of his claims, James and Alexander reached an understanding. Again, Duke Murdac seemed paralysed in the face of the king’s forceful actions, standing back from any confrontation over his younger brother’s rights to succeed to Buchan and Ross, and seeming powerless to reinforce his ally Mar’s old position as the Stewart’s regional policeman. Alexander Stewart, earl of Mar, had already had his wings clipped by James’s removal of his free access to the customs revenues of Aberdeen and Inverness, but he must have been infuriated when James openly courted Alexander MacDonald, the son of the man whom he had stopped on the bloody battlefield of Harlaw. Ever the pragmatist, Earl Alexander understood that he had either to bend with the wind of change or be swept away. By Christmas 1424 he had effectively abandoned his old adherence to the Albany Stewarts and, however reluctantly, switched his loyalties to his royal nephew.

The king’s friends, however, were not for courting

Over the same period, James was personally active in the so-called Stewartry lands that formed the core of his ancestral heritage in the west. He needed to rebuild the personal bonds between himself and the lords of that region to him as The Steward of Scotland, securing their personal adherence – and their reservoir of military manpower – and building a new web of alliances with leading local families. Dumbarton Castle, long held by Earl Duncan, was taken back into royal hands by the king’s half-uncle, John Stewart ‘the Red’ of Dundonald, and entrusted to John Colquhoun of Luss, head of a Lennox family with no strong ties to the earl’s family. All of this was designed to encircle the heartland of the Lennoxes’ power around Loch Lomond, where Earl Duncan’s illegitimate sons were already stirring up hostility towards the king and building support for their imprisoned father and nephew. The earl himself seems to have despaired for his family’s future and spent the winter months desperately seeking to build bridges with his powerful neighbour, Bishop William Lauder of Glasgow, James’s chancellor. Duncan, an octogenarian who had long experience of politics in early Stewart Scotland, clearly understood how the tide was flowing and was seeking friends within James’s new inner circle of power. The king’s friends, however, were not for courting. 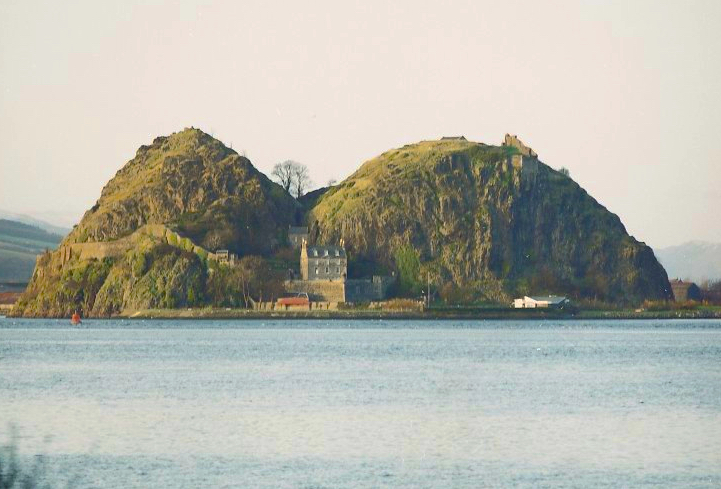 Dumbarton Castle, which James’s half-uncle reclaimed for him from the Lennoxes in November 1424

In March 1425, James called his second parliament at Perth, probably intending that gathering to set the seal on his new-won mastery of the kingdom. When it gathered on 13 March in a town that was still very much a heartland of Albany Stewart support, Duke Murdac appears belatedly to have tried to regain the political initiative. James’s plans for a second tax to pay his ransom instalment was voted down and, in a clear attempt to roll back James’s gains in the Highlands, Parliament also admonished the king for his accord with Alexander MacDonald. This may also have been an effort by Murdac to win back Mar’s support and, in so doing, he threw down a gauntlet that the king was all too eager to pick up.

James’s fury at these two defeats brought a swift response that sent warning shots across the bows of any waverers. The first was a declaration against the making of private bonds and alliances, something designed to remind Mar of what he had to lose; it was immediately successful. The second was an act against spreaders of false tales and sowers of discord, designed to enable hard action to be taken against Albany Stewart propagandists who were spreading rumours about James’s intentions. Finally, he extended the enactment of his first parliament against rebels to embrace all who harboured, supported or favoured ‘manifest rebellours’ against him. The target was obvious to all, for James could present Walter of Lennox, Earl Duncan and their supports as rebels; if Murdac took a stand to defend them, he too would be open to charges of rebellion.

Faced with a need for decisive action, Murdac again wavered. James, however, showed no hesitation and moved with a speed and audacity that astonished allies and foes alike.

…and on the ninth day [21 March] he arranged the arrest of Sir Murdoch, duke of Albany, earl of Fife and Menteith, and also of Sir Alexander Stewart, the duke’s youngest son … on the same day the king arrested Sir John de Montgomery of that Ilk and Alan de Otterburn the duke’s secretary; and he immediately sent to take over the castles of Falkland and Doune in Menteith. From the latter he arranged the removal of the Duchess Isabella, the daughter of the said earl of Lennox, and all of them were assigned into custody at St Andrews Castle. A little later Sir John de Montgomery and Alan de Otterburn were set free, the duke was moved to Caerlaverock Castle and the duchess to Tantallon.

Murdac was his prisoner but what was James’s next step?

At a stroke, he had seized almost the entire leadership of the Albany Stewart family and consigned them to imprisonment in strongholds belonging to loyal supporters, Henry Wardlaw, bishop of St Andrews, William Douglas, earl of Angus, and Sir Herbert Maxwell of Caerlaverock. It was a bold, decisive move that stunned his opponents temporarily, but had he simply caught the wolf by its tail? Murdac was his prisoner but what was James’s next step and what would the remaining Albany Stewart leadership do to secure the release of the captive duke?

Featured Image: The so-called Duke Murdoch’s Tower at Caerlaverock Castle, where Murdac was warded until his trial