The Return of the King (Part 1) – The Cost of Accession 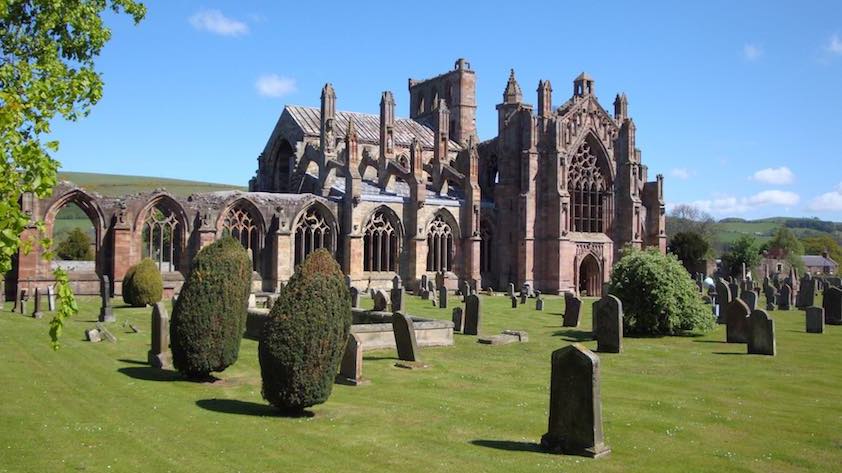 The Return of the King

The Cost of Accession.

596 years ago this week, final preparations were being made at Durham for the final return of James I to Scotland after eighteen years of captivity in England. The treaty which settled the terms for his release, including what was referred to as a contribution for his two decades of board, lodgings and maintenance in England rather than a ransom, had been confirmed and sealed on 28 March by James and the commissioners from Scotland sent south to negotiate a settlement. Even when £6,666 was discounted in lieu of a dowry for the king’s new English bride, Joan Beaufort, from the £40,000 ‘contribution’, it was still a massive demand that ran to many millions of pounds in modern terms.

In his last few months in England, expenditure on James’s household had increased steadily as he was prepared for the full royal role that had been his in title only since his childhood. English exchequer accounts reveal that he had a growing contingent of pages, valets and clerks attending him, enabling him to begin to construct his own personal administration and engage in his own direct dealings with his nobles at home. Some of these men were also his and Joan’s personal servants and accompanied them north in the early Spring of 1424. Several, we know, made the transition into Scotland and brought their own distinctively English flavour to James and Joan’s court in the early years after their return.

Accompanied by several of his leading clerics and noblemen, James and Joan set out for Scotland around 1 April in a cavalcade of riders and baggage waggons. They took the old Roman road known as Dere Street – followed today for much of its route north towards the modern Anglo-Scottish border by the A68 – heading from Durham towards Corbridge on the River Tyne. From there, the road headed north through Redesdale to Carter Bar, where the modern borderline separates Scotland and England, but in 1424 the country on the north side of the Cheviot Hills here and extending to the River Tweed was still English-occupied territory.

This district, known as Teviotdale, had been in English hands since 1333, when Edward Balliol, son of the short-reigned King John (1292-1296) who had been deposed by Edward I of England, had been placed on the Scottish throne with the help of Edward III. In return for his military assistance in helping him to regain the crown for the exiled Balliols, Edward ‘king of Scotland’ had given Edward III the whole Border region south of Lothian and east of Clydesdale and Galloway to be forever part of England. The Scots had slowly nibbled away at that territory, reconquering much of the country down to the Tweed, although Berwick-upon-Tweed and a small salient north of the river around the town remained in English control after the 1357 Treaty of Berwick that had ended the ‘hot’ warfare between the kingdoms. In the west, a toehold had been maintained in lower Annandale centred on Lochmaben, but the main block of English-controlled territory stretched from the area around Melrose eastwards past the remaining English-controlled fortress at Roxburgh and down the Tweed to the sea. Amongst the many things that James had promised to do was honour the 1357 treaty and leave these territories in English hands.

We don’t know James and Joan’s exact itinerary as they headed north, but from Carter Bar it is likely that they headed on to Jedburgh. The castle there, which had been in English hands since the 1333 award, had been captured and demolished by the Scots in 1409. It is possible that the royal party stopped overnight at the town’s Augustinian abbey, but it is perhaps more likely that they pressed on for the great castle at Roxburgh. This was the greatest of the border fortresses, built originally by King David I in the twelfth century, taken by the English in 1296, taken and slighted by Robert Bruce in the Wars of Independence, but rebuilt by Edward III in the 1330s. Here, looking north across the haugh-lands and shingly islands of the Tweed, James would have looked into his own kingdom for the first time as its rightful ruler.

From Roxburgh, the road north had once led through the town and across a great timber bridge to Kelso, from there joining the main route to Edinburgh. The bridge, though, had been destroyed by the Scots in 1411 and the town burned, hastening the end of what had once been one of the greatest trade centres in earlier medieval Scotland. Today, only green fields mark the site of this once rich burgh. Rather than cross the river by boat, James and his entourage headed west upstream to re-join the Dere Street route near Melrose.

Their destination was Melrose Abbey, the great Cistercian abbey nestling against the foot of the northern slopes of the Eildon Hills. In 1424, it lay right on the border line in territory that was disputed between the Scots and English. The Douglases had taken the abbey under their protection in the 1350s, but its monks were caught between the two kingdoms and had suffered terribly in 1385 when the English army under King Richard II had ransacked it. Richard had paid for a major round of rebuilding at the abbey, but when James and Joan reached it on 4 April 1424, it was still mainly a building site.

It was here, in the shadow of the magnificent late fourteenth-century church, that James was formally released by his English keepers. As he crossed finally into his kingdom, still uncrowned but king unchallenged, another army of Scots was sailing under the command of the earls of Douglas and Buchan for the war in France. Douglas had helped to secure James’s release, but that had been to further his own political rivalry with Duke Murdac. He had little reason otherwise to trust James and was well aware of the king’s recent behaviour towards his own subjects at Meulan. Looking around the assembled Scottish lords who had come to Melrose to welcome back their king, James in turn would have seen and understood who was absent and why. That, though, was a battle for another time; this day was one on which to savour his freedom and begin to stretch his wings as a king unleashed.