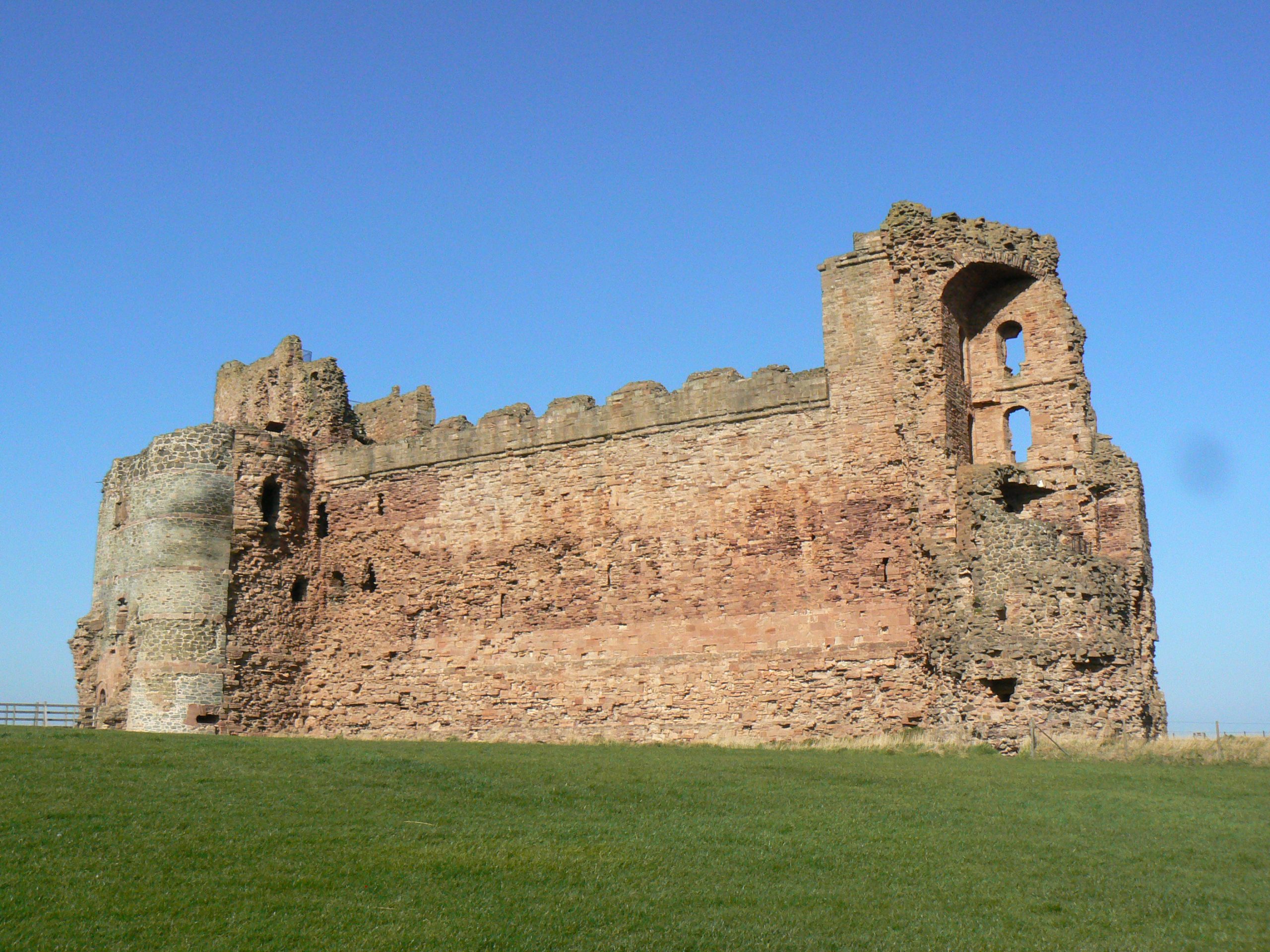 In the middle of the fourteenth century, William, 1st earl of Douglas, started to build a great new castle for himself on a windswept coastal headland on the north-east knuckle of East Lothian. His castle, Tantallon, was intended from the outset to be a potent symbol of the power and ambition of the Douglas family, not only grand in scale but planted provocatively on the border of the territorial sphere of influence of one of his greatest rivals for leadership in Scotland’s eastern marchlands with England, the Dunbars. In building what was intended to be his chief residence almost in the face of his rival earl, Earl William was intensifying the competition between the two most powerful families in southern Scotland and triggering a spiral of conflict that was to lead ultimately to the breaking of the Dunbars in the time of James I. In the 1350s when William Douglas started work on his new castle, however, that final denouement lay almost a century in the future and few men would have anticipated that outcome.

At a time when castle-building in Scotland was just beginning again after the long trauma of the Wars of Independence, Tantallon was a remarkable statement of the confidence and further ambition of a family who had sprung to power on the wreckage of Scotland’s pre-wars political class. In its scale and its form, it was possibly the largest building project commenced in the kingdom since the 1280s. Grand though the castles of the Douglases political allies the Stewarts at Dundonald and Doune were, Tantallon outstripped them in almost every way. In comparison to the Dunbars, the Douglases may have been the new kids on the block, but the new kids’ toys were an order of magnitude better than those of the established locals. 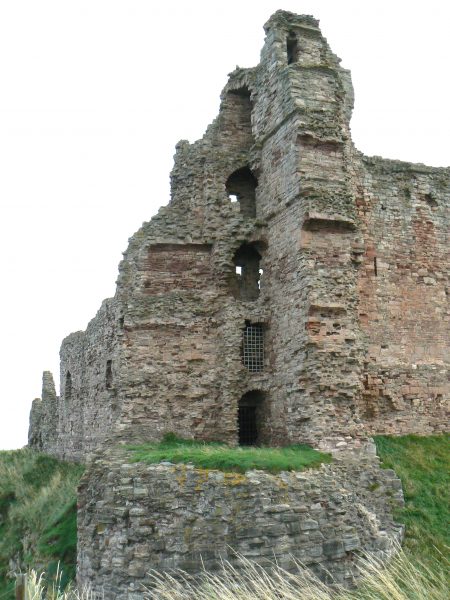 Although, like all castles, the original form has been subject to later alteration, improvement and extension, the main bulk of the surviving building at Tantallon is the result of Earl William’s construction campaign. To visitors approaching from the south, it appears as a vast cliff of red sandstone masonry strung between two mighty towers and with a third tower at its mid-point. The middle tower is the sole landward gate. It was approached over a timber bridge across a deep, rock-cut ditch with a drawbridge at its far end. The gatehouse proper was protected and embellished originally by a forework and barbican in the form of a miniature castle or châtelet, which had twin turrets rising within its parapet over a wide, high-arched entrance way. The fourteenth-century gate has been massively reduced in later centuries, narrowed to a pedestrian passage from its original high archway through which the earls and their entourage could have ridden on horseback. The gate tower is a remarkable building in its own right, providing multi-storey accommodation for Tantallon’s keeper and his family, and other senior household officers, in comfortable apartments rising through four storeys above the gate pend.

At the south east end of the curtain wall is the ruin of a great D-shaped tower that once rose through five storeys. The upper levels of the tower originally provided comfortable apartments with fireplaces, ‘en-suite’ privies and window-seats, perhaps guest lodgings. The south and east walls of the tower were badly damaged when the castle was besieged in 1651 by the army of Oliver Cromwell, but their ruin shows the massive thickness of the original stonework. 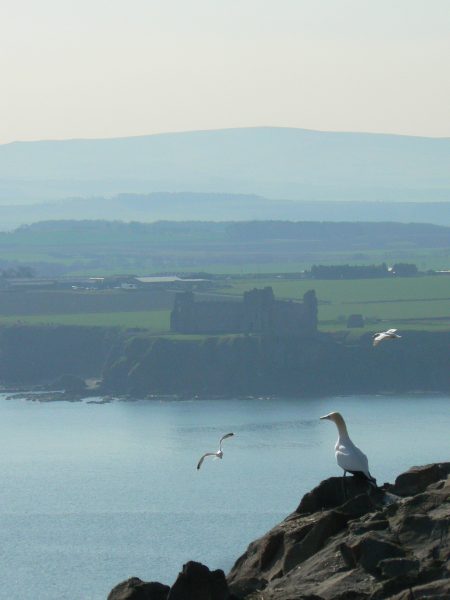 Earl William’s family quarters occupied the north-west or Douglas Tower at the opposite end of the curtain wall. This was originally a massive cylinder of stone rising through five storeys over a double basement, each level forming a self-contained compartment entered from a spiral stair that rises at its north-east side. It was even more heavily damaged in the 1651 siege, with the whole of its south and west walls destroyed down to basement level, but this allows you to see every one of the residential levels, with their latrines and window-seats. Earl William’s principal business chamber appears to have been on the second storey, with his probable bedchamber on the floor above.

Behind this tower and extending north-eastwards along the cliff-edge is a long block of buildings containing the great hall on the first floor. The earl and his family originally entered the ‘high’ end of the hall from the Douglas Tower through a lobby area, but at some point in the later Middle Ages the hall arrangement was turned round and this private lobby became the main entrance into the ‘low’ end, when a new dais and chamber was added to the north over the kitchens.

On the death in 1388 of Earl William’s son, James, 2nd earl of Douglas, while the main Douglas lands and titles passed to their cousin, Archibald the Grim, lord of Galloway, Tantallon was retained by Earl William’s mistress, Margaret, countess of Angus and Mar, for their illegitimate son, George. Countess Margaret was a formidable politician and secured her son succession to her titles in Angus and, despite the stigma of bastardy which he carried, a royal bride in Mary, daughter of King Robert III. Tantallon became George and Mary’s chief residence and it was there that their son, William, was born in 1398. 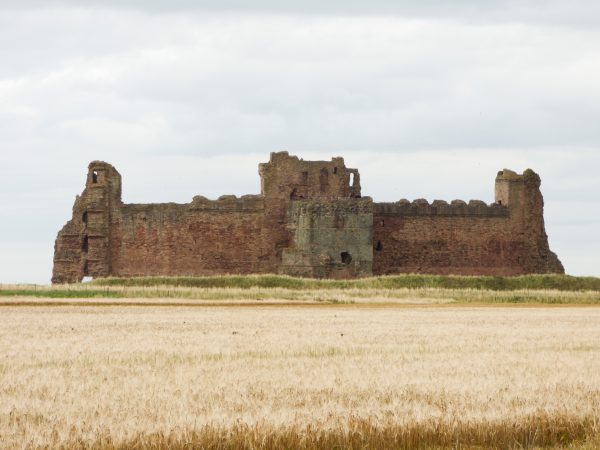 William, 2nd earl of Angus, appears to have forged a close personal relationship with his uncle, King James. He was one of the Scottish nobles who travelled to Durham to escort James home in April 1424 and was knighted by the king in the festivities that followed his coronation at Scone that June. William played a leading role in the king’s army in the Highland campaigns against Alexander MacDonald, lord of the Isles, and when Alexander submitted to James, was entrusted with keeping the captive lord at Tantallon for the next two years. William was with James in Perth in February 1437 and was at the forefront of the efforts to track down and capture the assassins. It was William who arrested Walter, earl of Atholl, and escorted him to Edinburgh. A key role in the government for the young King James II should have followed, but William died in October 1437 after a short illness.

Tantallon is now in the care of Historic Environment Scotland. For opening times and admission charges, see https://www.historicenvironment.scot/visit-a-place/places/tantallon-castle/prices-and-opening-times/