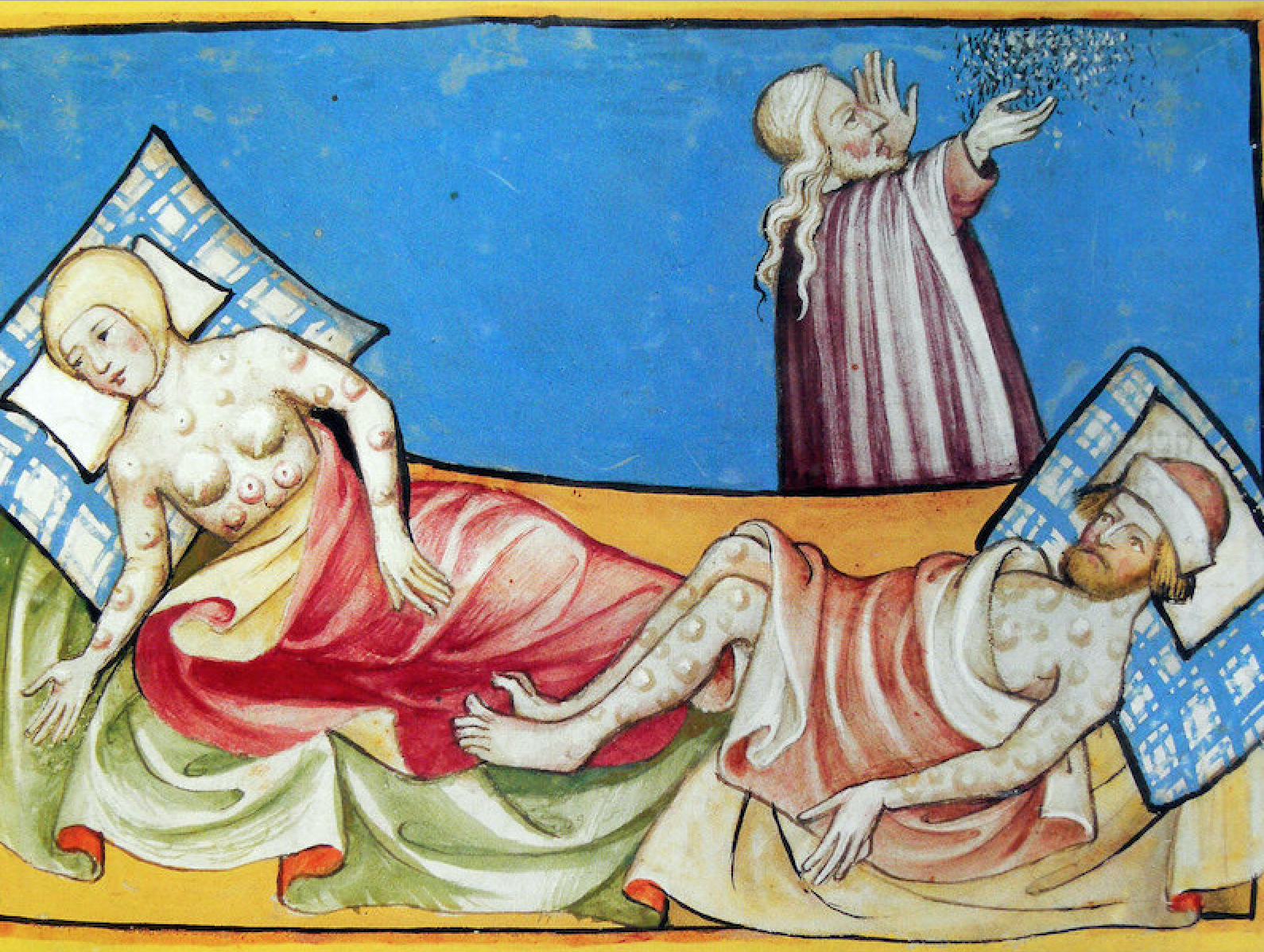 James’s eighteen years of English captivity did not insulate him from the threats epidemics and environmental challenges that beset his kingdom, for England was afflicted perhaps even more terribly by the waves of plague and other diseases which struck Scotland in the early 1400s. Indeed, several Scottish prisoners in England perished from plague, surviving injuries received in the battles of Humbleton and Shrewsbury only to die in captivity from the diseases that were ravaging their captors’ land. All that perhaps saved James from a similar fate was that he was moved frequently between locations in the first few years of his captivity, often to more rural locations like Kenilworth and Pevensey, where the risk of infection was reduced but not eliminated.

When James was brought to London in 1406, England was in the midst of a plague outbreak that seems to have started in 1405 and lasted until at least 1408, but with the crisis year being 1406. King Henry IV was avoiding London as much as possible, living in relative seclusion first at Leeds Castle in Kent and then at Pleshey in Essex. Chroniclers gave wild estimates of the levels of mortality, one claiming that 30,000 perished in London alone, but that suspiciously round number simply means ‘a very great many’.

What, though, was the disease causing these deaths? We know that the epidemic in London started late in the year – mid-October or thereabouts – and continued into late winter, so is unlikely to have been bubonic plague of the kind that swept the globe in the fourteenth century. The autumn start in London and the Thames estuary region has led to suggestions that it might have been cholera, typhoid fever, and even a form of ‘malignant dysentery’ such as was also said to be affecting Bordeaux and south-western France at this time, that would have become almost self-sustaining once water-supplies were infected and passed from person to person through poor hygiene in markets and in food preparation. Given that the epidemic was more widespread than estuarine south-east England, however, we should look at alternatives. One chronicler recorded that men and bestys were gretely infectyd with pockys, which perhaps gives us the best indication of what was at work: smallpox.

As the 1405-8 epidemic declined, England entered over a decade of relative freedom from any major pathogenic onslaught. There was a major regional epidemic in northern parts of the country, lasting for around three years in the latter part of Henry IV’s reign, but this might represent the smallpox epidemics spread having finally reached the outer limits of the kingdom. Reports from East Anglia indicate otherwise that freedom from epidemic disease lasted until 1420, the same year in which Scotland experienced its qwhew epidemic. The unspecified plague in Norfolk in that year may have been the same as swept through the populous districts of eastern Scotland, for trade between the Scots and eastern English ports like King’s Lynn and Great Yarmouth continued whenever peace prevailed between the kingdoms.

After James returned to Scotland in 1424, it was his noble hostages who were held in England until he had honoured his ransom payments who faced the epidemics that swept England in the 1430s. The worst years seem to have been 1433 and the winter of 1434/5, coinciding as in Scotland with the bitterly cold conditions of the times. London suffered exceptionally badly in 1434, with chroniclers recording ‘countless’ human deaths in the city, but the epidemic reached into almost every corner of the kingdom, where ‘the people died sore, both rich and poor’. Amongst those who perished in the epidemic appears to have been James’s cousin, David Stewart, Master of Atholl, the surviving son of his uncle, Earl Walter, and father of Sir Robert Stewart. David had remained a hostage in England longer than expected through his cousin’s default on the 1424 ransom agreement. Here, it seems likely, was just one more cause for Earl Walter and his grandson, Robert, to nurse ill-will towards James.