Scattering Stewart Seed: The Rise of Robert, Duke of Albany 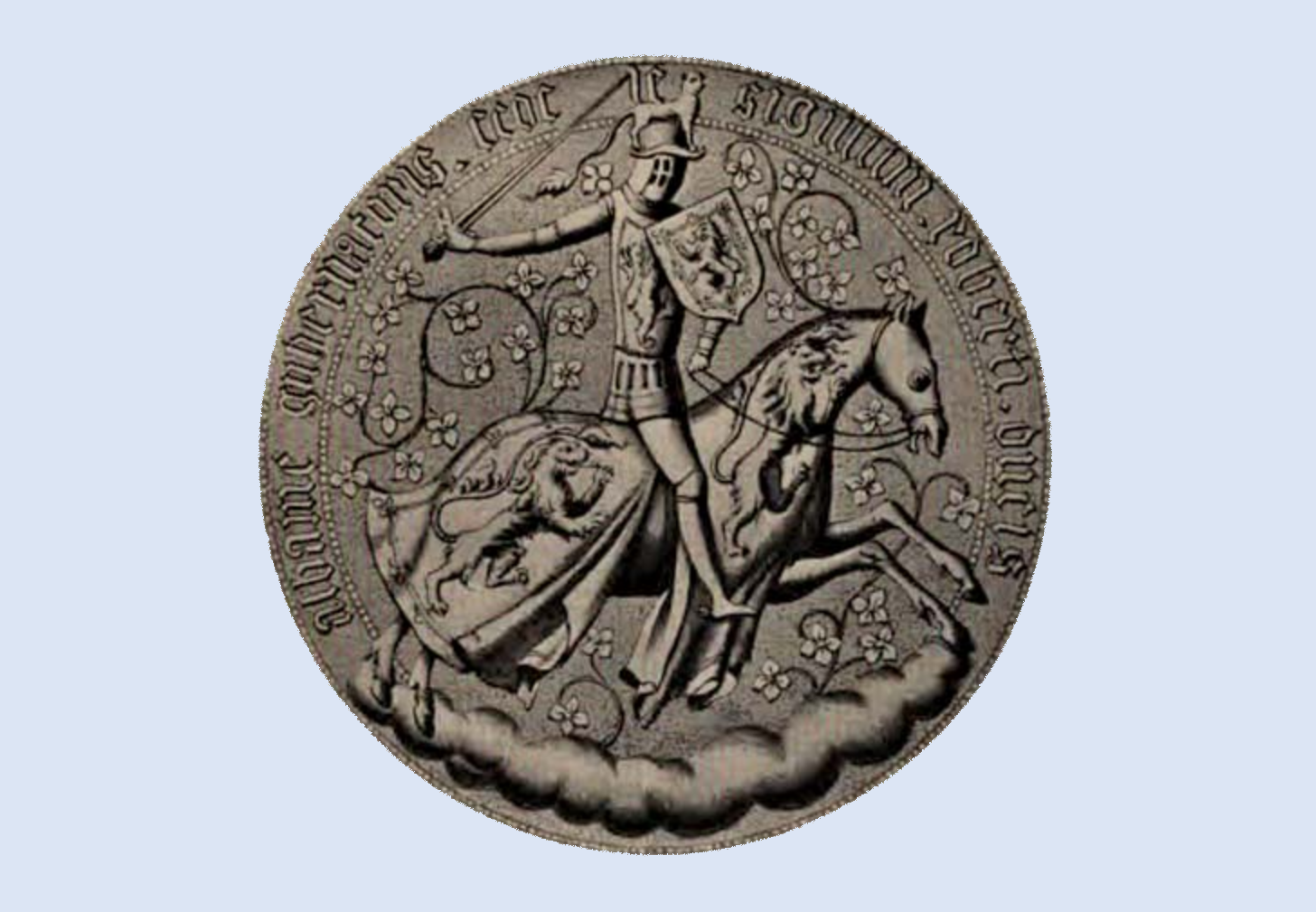 Scattering Stewart Seed: The Rise of Robert, Duke of Albany.

Robert the Steward’s prodigious expansion of the ranks of the Stewart family through his remarkable productivity as a father might have been a very visible way of taunting his uncle’s infertility and boosting his own reputation, but it threw up more problems for Robert than simply the headache of finding accommodation for his brood within his family residences. Down to about 1350, when all of his children were still younger than about 15, they would have been living within his household and supported from his personal resources. As they entered their later teens, however, the question would soon have arisen of how he was going to provide for them as they grew into adults and looked to establish their own, independent positions.

For his daughters, marriage to leading members of families with whom he wanted to make political alliances was an obvious solution, but each bride was expected to take a dowry with her into the union. With eight legitimate daughters to provide for, that was likely to be a heavy burden on the Stewart estates for a great many years. If anything, the sons were even more of a headache, for each would have expected to be given significant resources to establish them as lords in their own right. After he became king in 1371, Robert had access to far greater resources through which to set up his sons, but for the previous 20 years he had to manoeuvre to find the means to support them without eating into the core of his Stewart heritage.

The one son who seems to have been unwilling to rely on his father was the third-born, Robert, who would go on to become Duke of Albany and governor of the kingdom almost continuously from the mid-1380s until his death in September 1420, essentially king in all but name. In other families, it would normally have been this son who would have been expected to pursue a career in the Church, since he was preceded by ‘an heir and a spare’. Young Robert was clearly of the intellectual calibre to have undertaken a university education, the normal route into senior rank amongst the clergy, but remarkably neither he nor any of his legitimate male siblings took that route. It was only two of his illegitimate half-brothers, the sons of Robert II’s affair with Mariota Cardney in the 1370s, who entered the clergy and eventually rose to high office in the dioceses of Dunkeld, Glasgow and St Andrews.

Whilst his eldest brother, Walter, was secure with the promise of succession to their father’s titles and core estates, and his second brother, John, was likely to gain one of his father’s more recent gains (he became earl of Atholl on his marriage in 1367), Robert had no certainty over his future. It is likely that his father was manoeuvring on his behalf behind the scenes, however, for in 1361 and aged about 20 he married a distant Stewart kinswoman, Margaret Graham, countess of Menteith in her own right. Margaret, who was a grand-daughter of the last Stewart earl of Menteith, was around 27 at the time of the marriage and had already been married three times. Her first husband, Sir John Murray of Bothwell, died before 1351. They had had no children.

She was swiftly remarried to one of David II’s favourites, Thomas, earl of Mar, but he divorced her only four years later, claiming that she was infertile. Her third husband was Sir John Drummond of Concraig, head of a family with whom her own Menteith/Graham kin had long been at feud. Their marriage was short-lived, for Sir John was dead before the end of 1360. Contrary to her second husband’s claims, Margaret, who had already given birth to a son from her brief marriage to Drummond, went on to have a further six or seven children in her marriage to Robert. The eldest, their one son, Murdac – named after Margaret’s Menteith ancestors – was born in 1362. Their remaining children were daughters, and, like his father, Robert used their marriages to forge a deeper and wider connection into the Scottish nobility, including the Mowbray, Abernethy, Haliburton, Swinton, Campbell and Douglas families.

Robert also continued to add to his lands and titles by other routes, aided and abetted by his father’s schemes. Shortly after Robert II’s accession to the throne in February 1371, he engineered the transfer to his son of the lands and titles of the earldom of Fife. The earldom was held in her own right by Countess Isabella, the last member of the senior line of a family widely regarded as the most important of the Scottish earls – who had the hereditary right of enthroning the kings of Scots – from a lineage that extended back to at least the tenth century. She had been married briefly to Robert II’s eldest son, Walter, who had died childless in 1362, the year before she succeeded her father in the earldom of Fife. She had previously been married – equally briefly – and had three similarly short subsequent marriages, all of which ended with the deaths of the husbands and none of which produced any children.

By 1371, aged over 50, it was evident that she was to be the list of her bloodline and the king saw an opportunity to tie her politically important earldom permanently into his family. In March 1371, although she retained much of her property for life, Isabella resigned her earldom to Robert Stewart, her former brother-in-law. Robert, from that point on, started to use the more prestigious title Earl of Fife – occasionally of Fife and Menteith. His rise to power was now accelerating.

When Margaret died in 1380, Robert saw an opportunity to further extend his political network. Within months of Margaret’s death, he took as his second wife Muriel Keith, a member of one of the major families of north-eastern Scotland and holders of the office of Marischal of Scotland. Their first child, a son, John, who later became Earl of Buchan and commander of the Scottish army in France, was born in 1381. A second son, named Robert, died young and childless, but their daughter, Elizabeth, married Malcolm Fleming of Biggar and Cumbernauld, the son of David, Lord Fleming, who was killed in 1406 escorting the young Prince James through Lothian on the campaign against Albany’s allies the Black Douglases. The marriage was probably a means of defusing the tension between the families and aimed at tying a potential enemy back into the Albany Stewart network. 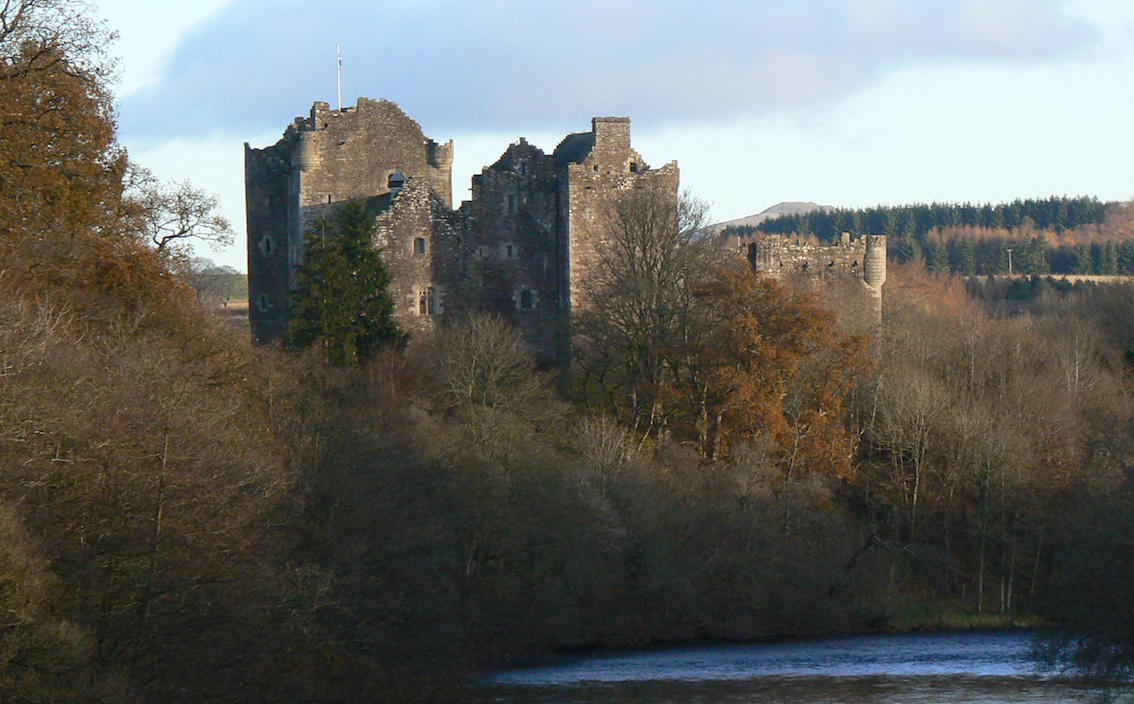 After their father’s death in 1390, it was Robert, earl of Fife, rather than his invalid elder brother John (who took the royal name Robert III on his accession as king) who held the reins of power. In contrast to Robert III’s two sons, Earl Robert had two living sons and seven or eight daughters, several of whom already were married and who provided him with a network of politically powerful sons-in-law. Like his father before him, Earl Robert planned to use these children to further advance his network of power and consolidate his hold over northern Scotland in particular. His elder son, Murdac, was a key player in this. In 1392, Robert secured his marriage to Isabella, only child of Duncan, earl of Lennox, guaranteeing that this earldom, too, would pass into Stewart hands in future. That marriage gave Robert’s family a powerful presence in the south-west Highlands.

In the north, the marital problems of his younger brother, Alexander, gave him a major opportunity to expand his own power into the central and north Highlands. Alexander’s estranged wife, Euphemia, and her teenage son by her first marriage, Alexander Leslie, placed themselves under Robert’s protection at Stirling Castle. When Euphemia divorced the older Alexander and regained her earldom, the young Alexander became de facto Lord of Ross, and then from his mother’s death c.1394, earl in his own right. In 1398 the younger Alexander, who was just into his twenties, married Robert’s daughter, Isabella, giving Robert a son-in-law whose massive landholding stretched from Skye in the west, through Ross, into Buchan in the east, eclipsing the remains of his brother Alexander’s power in the central Highlands. When Alexander died in 1402, Robert, by then elevated to the title of Duke of Albany, took Alexander and Isabella’s only child, Euphemia, into his protection, much to the anger of her Leslie and Ross kinsmen. Six years later, the girl was persuaded to resign her earldom into Albany’s hands as governor of the kingdom for the captive James I. Unwilling to lose such a powerful asset, he awarded it to his second son, John, who took the title Earl of Buchan by virtue of the network of estates in Aberdeenshire and Banff that came to him with the Ross lands.

Through astute marriages for his children, coupled with sharp legal practice, Robert had progressively built a web of power that spread across much of Scotland from the central Lowlands to the northern Highlands. He personally controlled the earldoms of Fife and Menteith, which brought satellite lordships in Highland Perthshire and the central Highlands. His sons held lands, titles and lordships that spread from the Lennox, through Glen Dochart and Rannoch to Ross and Buchan, while his sons-in-law gave him networks of power in Buchan, Kincardine and the Mearns, eastern and mid Lothian, and all the way down to Berwickshire. It was a formidable power complex and one that James I knew he had to break on his return in 1424 if he was ever to exercise true power as king over all of Scotland.