Plague Ships: The Price of Trade in a Time of Pestilence 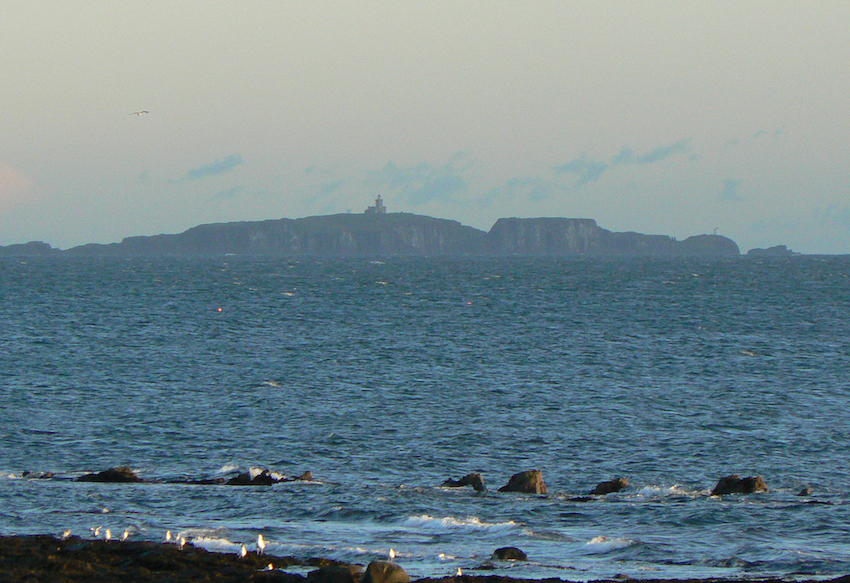 The Price of Trade in a Time of Pestilence.

One of the most enduring images of the early weeks of the Covid-19 pandemic is of cruise-ships and their fear-filled passengers attempting to enter port to secure medical assistance but kept away from docking by local authorities who were equally fearful of the spread of disease into their local community. This same fear of pestilence arriving by sea was present in Scotland in the late 1400 and 1500s, especially through the threat of its entry from abroad through trade with an infected area of mainland Europe. In the context of our present project, it must be remembered that Perth was still one of eastern Scotland’s leading seaports in regular contact with places where plague outbreaks were recurrent, such as the major boroughs of eastern England and the great merchant cities of the Netherlands and the Baltic coasts of what is now Germany and Poland. Suspicion of strangers bringing in plague and strong belief in the potential of certain types of cargo – especially textiles and strong smelling foodstuffs – to carry pestilence in their very fabric led to extreme measures to manage risk.

Records of actions to prevent potential plague-carrying ships from entering port and measures to ‘cleanse’ them when intercepted abound in sixteenth-century accounts. Perth provides us with some dramatic evidence of the type of actions taken. On 22 November 1580, for example, the Privy Council in Edinburgh received and responded to a report that a merchantman that contained the ‘guidis and geir’ (goods and movable property) of some Perth burgesses had entered the Firth of Tay. Inspection by the authorities from Dundee revealed that there was plague aboard and that some of its crew and passengers had died on the voyage (from where is not recorded but the arrival of plague-infected ships elsewhere in Scotland from the Baltic suggests that it may have been involved in the Rostock-Gdansk-Stralsund trade in flax, linen and wheat). Alarmed at what they had found, the port authorities ordered the captain to take his vessel to the Isle of May, which lies right at the outer limit of the Firth of Forth. May island and the other islands in the Forth estuary had been used for quarantine purposes since the late fifteenth century, Inchkeith being the destination for syphilitics and Inchcolm, where the former Augustinian abbey provided some shelter, being the two most favoured locations. Exposed and windswept at the best of times, May island was hardly an appealing place to quarantine but in November it must have been horrifying to the men on the ship, who just wanted to escape the disease on board and return to their families. Unmoved, the instruction from the authorities was that they had to remove the ship from the Tay, sail south to May island and remain there in quarantine under pain of death.

As death by one form or another seemed all that faced them, the captain and crew decided to defy the order and continued deeper into the estuary. The report to Privy Council told that the ship had passed Dundee and docked at Perth, where the master and crew began to discharge its cargo. In response, the Privy Council wrote to the captain and commanded him to take his ship to the May. They also ordered everyone on land to have no communication with them; any who did were to face the death penalty. To underscore the severity of the crime that the master and crew had committed, which went against a century of law enforcement around plague control, it was decreed that anyone who had come ashore from the ship was to be arrested and summarily executed for their reckless and wilful endangerment of their fellow townsmen. Additionally, houses in Perth where they had lodged were to be closed, fumigated and all occupants put into quarantine. Finally, the ship itself, its boats, and all goods still within it and what could be retrieved of the cargo brought ashore were to be burnt. The council had no hesitation in implementing these instructions to the letter, understanding perfectly what failure to round up those who had been in contact with the plague victims aboard and any goods brought into the town meant in terms of lives lost. Their ruthlessness ensured that no wider outbreak occurred in Perth on that occasion.

The actions taken so forcefully and effectively in 1580 were put in place the previous year by Privy Council in anticipation of the risk of plague entering Scotland through its trading ports. They had learned that the plague was

(Translation – in various towns and parts of the English coast where this ships and subjects of this realm are accustomed to trade).

The key instruction to merchants was that they should cease to trade with the suspected parts of England, with the stipulation that:

(Translation – If any of His Highness [King James VI’s] subjects return from there, that the keep themselves separate and apart, not intermingling with or entering the company of other people, or breaking bulk of their goods and wares, but keep the same closed up until they and their said goods have been sufficiently checked over an adequate period and shown to be ‘clean’ of all infection, under pain of death.)

No defiance of this act was tolerated and Perth’s provost, bailies and council fulfilled their mandate to the letter.

A series of Privy Council instructions from September 1580 show exactly how the measures should have operated in the first place, had the Perth ship’s master complied with the orders he had been given. Thirty-two named passengers and crew of the ship William, drawn from as far dispersed as Duns, Haddington, Edinburgh, Stirling, Ayr and Kirkcaldy, captained by one William Downy, had entered the Firth of Forth and been found to be carrying plague. In the words of the Privy Council clerk, they

ar infectit with the pest, and sum of thame alreddy deid of the same seiknes.

To prevent further spread, officers from ports around the Firth were commanded to order Downy to take his ship to Inchcolm and enter quarantine there. No-one was to leave the island until such time as it was evident that they were plague free, any who defied that order would be apprehended and executed without appeal. These orders were proclaimed at every port from Dundee and round both sides of the Forth, prohibiting any communication or trade of any kind with the William, again under penalty of death. If any crewmember or passenger tried to come ashore, they were to be apprehended and executed and anyone who knowingly received them to be likewise hanged and their houses placed under quarantine conditions. This was extreme social distancing and lock-down enforcement and it had serious consequences for all involved.

The case of the William is one of the few where we have details of the impact of the arrest and enforced quarantine of a ship. In late November, the Privy Council received a complaint from Jonet Hume, relict (widow), and the ellevin fatherles barnis (children), of umquhile (deceased) Williame Downy, skipper in Leith, and from Katherene Masoun, relict, and sevin fatherles barnis of umquhile James Scott, mariner and David Duff, another Leith sailor, described as owners of the William. Their complaint reported how the William had been returning from Gdansk when plague had broken out among the crew and, on arrival in the Firth of Forth, they had been ordered into quarantine at Inchcolm. Now, over ten weeks later and Downy and several of his men having died of plague in quarantine, and the rest of the crew transported to Inchkeith and Inchgarvie, those who had survived had been declared ‘cleansed’ and landed at Newhaven. The ship and its cargo, however, remained in detention at Inchcolm. The Edinburgh merchants who owned the cargo, fearing that it was still infected, were refusing to take possession of their goods which, for some reason was causing the ship to take on water and begin to sink slowly. Janet Hume and her partners were now begging the king himself to intervene to save their ship – their only means of business and survival – which itself required cleansing before it could be certified as plague free. The appeal worked, for King James ordered the obstinate merchants to remove their goods from the ship and place them in the vaults of the abbey on Inchcolm, where they were to remain until they, too, were cleansed. 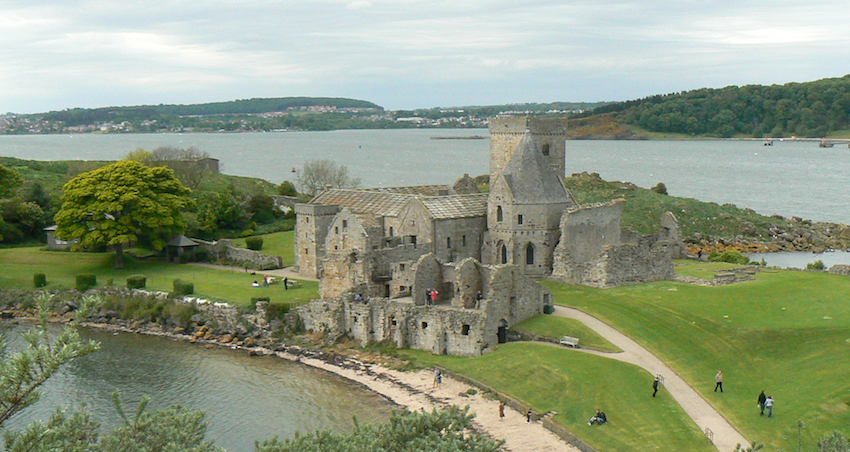 What, though, did cleansing mean? On land, goods were cleansed by boiling, washing in fast-running water or by exposure in hard frost conditions. Buildings were cleansed through fumigation with smoke from smouldering fires, a process that could get out of control and resulted in the burning down of the property! Fire on a ship was not a sensible measure to adopt. Instead, vessels were taken into shallow tidal water and ‘bored’ at high tide. This involved drilling holes through the bottom of the ship and allowing it to sink, filling it with purifying salt water over the course of several days. At low tide, once the water had drained from inside the hull, the holes were blocked up and the ship then re-floated as the tide rose. This process would be accompanied by the immersion of all sails, ropes and cables, which were also believed to be potential harbourers of plague.

As we watch the still unfolding saga of unwanted ships leaving Australian ports or sailing from South America to seek aid in the USA, these historic records from Scotland provide a graphic reminder that the fear generated by such plague ships is nothing new. We are reminded, too, of the cost in human lives that came both from the original infection and the harsh, un-cared-for conditions of the quarantine, but also of the extremes that the authorities would go to in preventing its wider spread. The deaths of Downy and his fellows, while leaving at least two widows and eighteen fatherless children amongst the ship-owners alone, were considered a price worth paying if it meant that hundreds – if not thousands – more Scots were spared an agonising death.