Plague: Failures of Government, Lock-downs and Economy in Suspension in Sixteenth-Century Perth 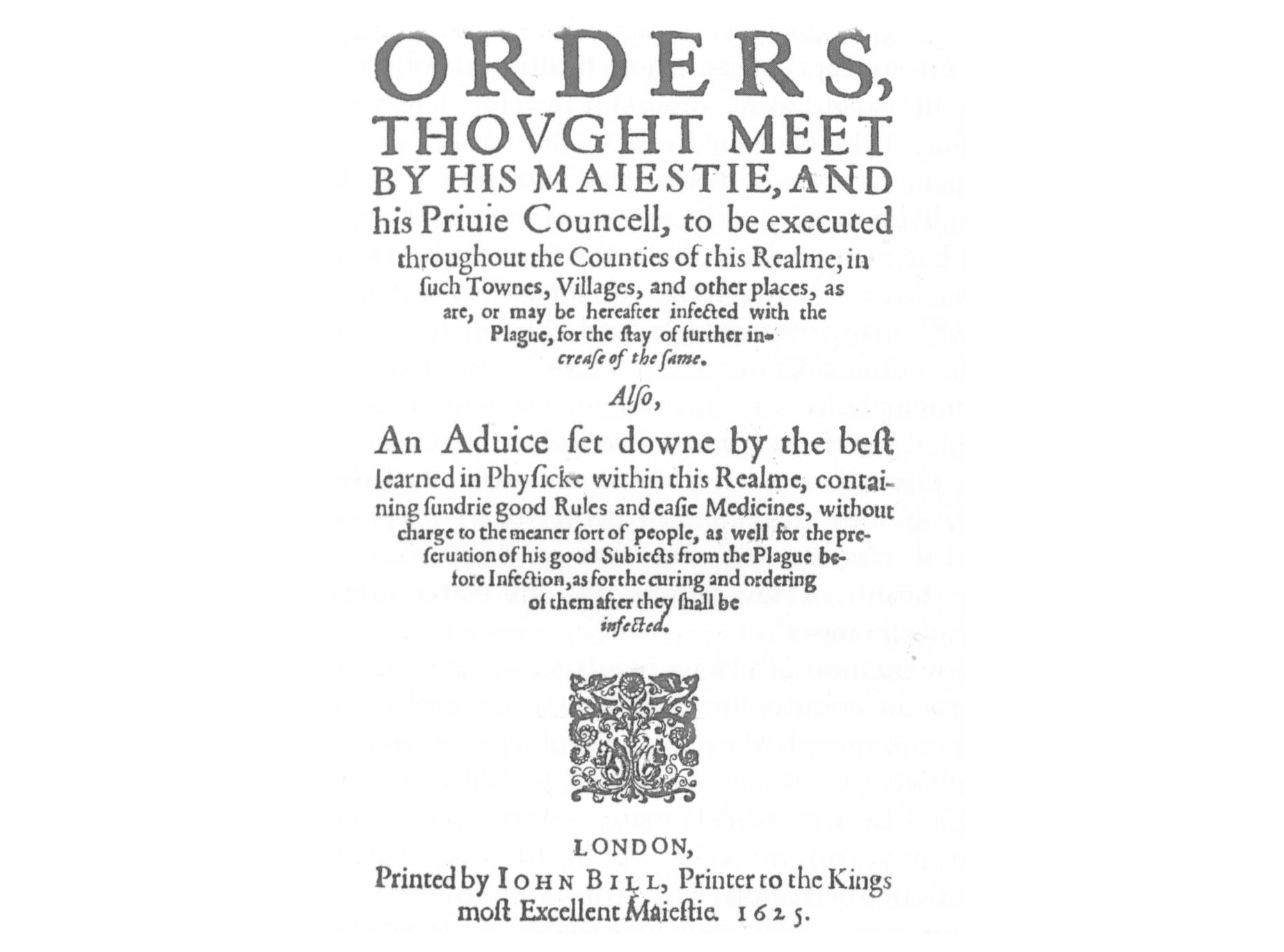 Plague: Failures of Government, Lock-downs and Economy in Suspension in Sixteenth-Century Perth.

There has been some suggestion that Perth may have escaped some of the worst impacts of later episodes of plague, mainly on the basis that there is less written evidence for recurrent epidemics there than, say, Edinburgh or Stirling. This relative silence in the surviving accounts, however, seems to be more a result of loss of much fifteenth-century record evidence than a sign of Perth’s good fortune. Indeed, the evidence that survives for waves of plague passing through rural areas of eastern central Scotland and in burghs the length and breadth of the country makes it extremely unlikely that Perth escaped these episodes unscathed. As I explored in a previous post, moreover, there was a whole cocktail of viral and bacterial infections washing around in Scotland in the fifteenth century, several of which are likely to have reached the burgh, bringing widespread death in their wake. Few, however, had the destructive impact of the first two pandemics of Black Death in the mid-fourteenth century, when mortality levels are estimated to have been across a range from a low of thirty per cent to as high as seventy per cent of the population.

It is in the sixteenth century, however, that direct evidence for plague epidemics affecting Perth begins to appear with any regularity in the records. They reveal that successive tides of ‘pestilence’ washed through the burgh, sometimes remaining only a few months, other times lingering for several years. Such long-lasting outbreaks created deep unease and uncertainty in the community, much like the current anxieties over Covid-19 and the question marks against how long it might remain actively present around us and how it will require us to continue to change our social behaviours. The first wave occurred in the 1500s – the same outbreak that saw Bishop Brown of Dunkeld use the Columba relics as a protection against infection – but it was in 1512, during a general epidemic throughout the kingdom, that we first see direct action required in Perth. On that occasion, King James IV’s council instructed the burgh council to implement the plague-control measures set out in his grandfather’s 1456 act, confirming that they were empowered to take all steps necessary to stem the epidemic that was then raging in and around the burgh. Local Perth records then talk of an epidemic referred to as the ‘Mallochis pest’, which struck the town in September 1537. What this disease was is unknown but the word malloch occurs in Scots as a term for small crumbs or fragments of peat, so perhaps it was referring to a skin rash that looked similar to that effect. This ‘Mallochis pest’ may have marked the start of a series of mortalities that led one of Perth’s prominent men, Oliver Maxton, who saw himself as the only one to offer leadership in the face of crisis, to claim in 1543 that the burgh had been:

in point of uter distructioun thre yere sine or tharby be the pest, and the maist part of the hale commontie fled for deid, and left the said burgh dissolait, without ordour or officiar.

(Translation – on the point of utter destruction because of the pest for the last three years or thereabouts, and the majority of the townsfolk fled for [fear of] death, and have left the said burgh desolate, without government or officials.)

It is likely that Maxton overstated the epidemic’s impact on Perth’s daily routines and on the lives of its inhabitants, chiefly to make what he presented as his selfless actions during the course of the epidemic sound more significant. Nevertheless, it is unlikely that his claims – of stepping in to provide direction and good counsel, financial support and the like – were too outrageous, for to do so would risk derision and ridicule.

If we take Maxton’s claims at face value, we are presented with an image that in some respects stands in stark contrast to the types of response that we are seeing around the world today, but in others is strikingly familiar. On the familiar side, he presents to us a community whose normal life and routines have been paralysed by the outbreak, in which trade and the day-to-day activities of merchants, craftsmen and householders have been utterly disrupted. It was not quite lock-down of the type we are living through, in the sense that unquarantined households were still free to move around, but travel and associated longer-distance commerce was halted. On the contrasting side, we are seeing proactive leadership in Scotland, where political figures at national, regional and local levels are communicating regularly and effectively and providing reassurance. Maxton stated, by way of contrast, that Perth was effectively leaderless, deserted by its nominal social and political heads who were putting their own safety ahead of the needs of the community they were meant to lead. He also argued that they had failed in one of the basic instructions of the 1456 act – the prevention of people fleeing the burgh and taking the plague with them to wherever the fled for refuge – claiming that most townsfolk who could had abandoned Perth in fear of contagion. That desertion compounded the burgh authority’s difficulties in coping with and containing the epidemic, for the manpower needed to police and enforce quarantines and restrictions on risky activities, and the resources – money and equipment – which those refugees could have used to assist the effort were gone with them.

Whatever the truth or fiction behind Maxton’s claims, later epidemics in Perth show a quite different level and type of response from the burgh’s authorities. It was, for example, the prompt collaborative action of the king’s administration in Edinburgh and local authorities in Perth and around the Firth of Tay that contained the threat in 1580. Between closing down on movement of ships and people – as explored in my last posting – and destroying what was believed to be plague-carrying materials, the halted a major outbreak from being imported through ships from the Baltic region.

Four years later the burgh was not so fortunate. One of the most severe recorded plague epidemics in Perth since the Great Mortality of the mid-fourteenth century started in the hot and damp autumn of 1584. Official accounts reveal that it lasted a full year before burning finally burning itself out in autumn 1585. In the process, it reportedly killed 1427 townsfolk of all ages, a mortality level that represented between one third and a quarter of the population at that time and coming close to the kinds of death-rate not seen since the 1349-52 and 1362-3 outbreaks. It is not an impossibly high figure, since we know from the even better-documented epidemics in Brechin and Leith during the 1648 plague that around one third of the populations of those towns perished. King James VI was holding court in Perth when the epidemic struck, his presence meaning that there was also a greater than normal influx of people to the burgh. James, never known for his personal bravery, acted swiftly. Contrary to the instructions issued by his own Privy Council to halt movement of people from infected into uninfected areas, he got on his horse and fled from Perth to Stirling. Once there, he ordered all ferries across the Forth to be suspended and all bridges to be closed and guarded to prevent the southward spread of plague. Four of his senior household staff were less fortunate than the king, being amongst the first to die in Perth.

By early November 1584, the epidemic was widespread in and around Perth and had penetrated into Fife, apparently moving along the roads and navigable waterways with the flow of traffic. In a move that resonates clearly with contemporary experiences, James and his Privy Council imposed ever more stringent controls on free movement of people. Communication to and from infected areas – even simply to pass through to reach another plague-free territory – was prohibited. By late winter and the early months of 1585, the continuing death toll showed that the epidemic had neither peaked not declined, prompting Privy Council to authorise yet more drastic measures to staunch the continuing spread. 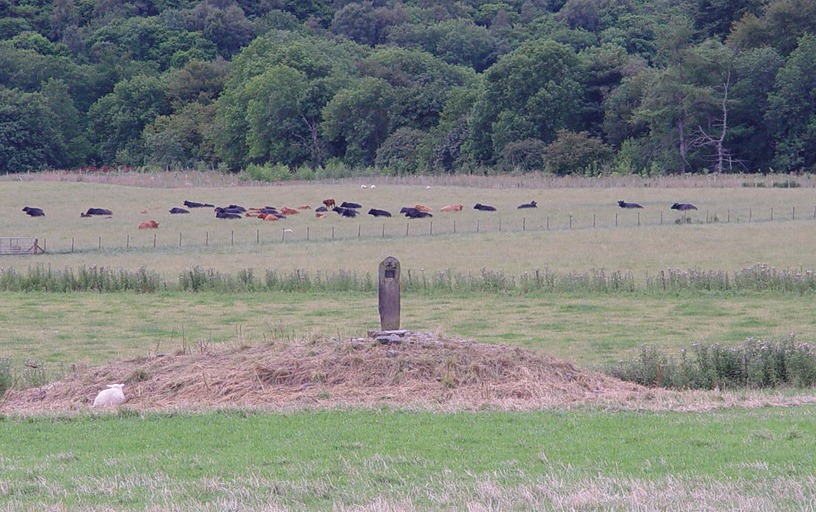 Much of what followed was really just the more rigorous enforcement of the basic measures that had been set out in the 1456 act. As a trading community whose market was its lifeblood, the most the suspension of all public gatherings and markets in Perth was a body-blow. Even worse was the indefinite timescale of that suspension but what was perhaps most calling was their temporary relocation to nearby, uninfected communities that were, essentially, competitors for Perth’s trade. Every burgess, a handful who were licensed to travel and whom the council certified as ‘clene’ excepted, were barred from the relocated market. In a move reminiscent of community support for shielded or sick and recovering fellow townsfolk, the few health-certified burgesses were given the responsibility of buying food, clothing, fuel and lighting materials, sufficient to support the town. The first ban on public gatherings was pronounced in March 1585 and was repeated in April. We can be left in no doubt that Perth’s economic life was effectively in lock-down for months, for as late as 21 August, approaching six months since the ban was first imposed, the epidemic was still raging around the burgh. Along with the loss of twenty-five to thirty per cent of its population, this six-month suspension of its commercial life was crippling for community that had been in slow economic decline since the assassination of James I in the burgh.

In the midst of the Covid-19 crisis, we are awake to the likely long-term impacts of the current social and economic lock-down. For Perth in the late sixteenth century, those impacts were every bit as real. Trading partnerships and patterns were irretrievably ruptured, particularly where smaller, more local centres had gained a foothold in the market or where rival burghs less affected by plague had moved into the void. Dundee, which was plague-free until October 1585, was an especial beneficiary from Perth’s travails. But Perth needed to regain its lost regional dominance as rapidly as possible to begin to claw back its lost revenues and pay off both the dues that were owed to the Exchequer but the fresh public debts that the burgh had built up as it sought to contain the epidemic and provide charitable support to those who had been worst affected by the outbreak and the curtailment on free movement and trade. Just as local government are now experience major disruption to their revenue flow as all sorts of income-generating activities remain in suspension but outgoings continue and are increasing, Perth’s council resorted to extreme measures to recoup its losses. A year after the epidemic’s end, the council launched legal action against Dundee in a bid to recover income from tolls and other funds lost to their down-river rival during the epidemic. At the heart of their claim was the losses incurred ‘throw the lang continwance of the pest within the said burgh.’ Some help came from other burghs, but the relief measures that were set in place in September 1586 ultimately had little impact on the debt arising from the anti-plague measures that the town had borne and the financial consequences were still hanging over the heads of the burgesses three decades later, when they lacked the resources to pay for vital repairs to the bridge over the Tay. It gives us cause to reflect on the long-term consequences of the massive borrowing that governments around the world have taken on to tackle Covid-19.

Featured Image: Title page from the printed pamphlet on plague control measures to be adopted throughout England in 1625