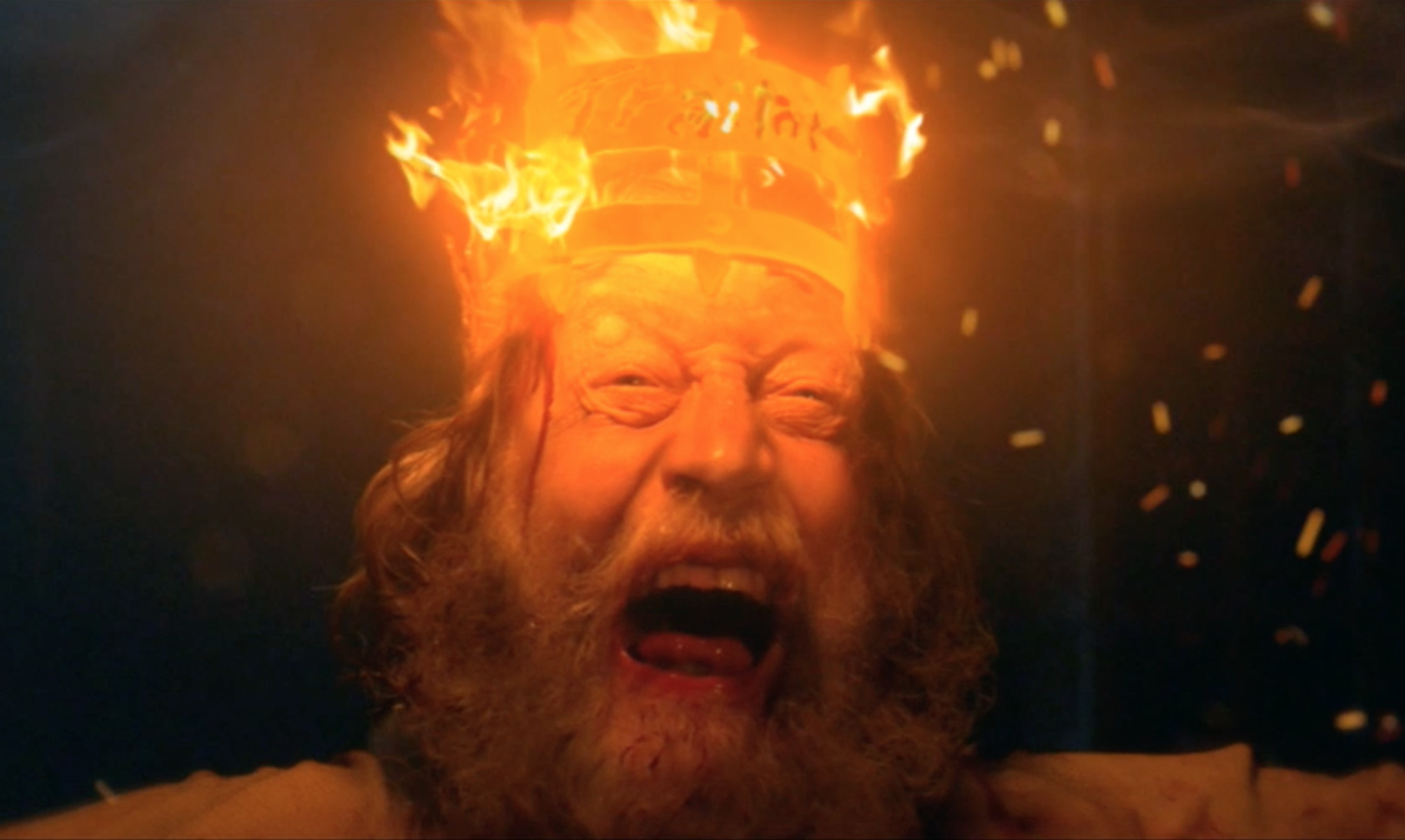 CONDEMNED EARL RECEIVES THE CROWN – BUT NOT THE ONE HE CRAVED.

HEAD DISPLAYED AT THE TOLBOOTH IN EDINBURGH.

Yesterday, in front of the grimly silent crowds of loyal subjects who had gathered in Edinburgh to witness the spectacle, Walter, disgraced and forfeited former earl of Atholl, murderous, treacherous and perjured uncle of our martyred liege lord, King James, received the justice he so richly deserved. The hushed throng in the High Street listened aghast as the herald read the indictment and the decision of the Council who sentenced him.

The charge was that he, Walter Stewart, son of Robert, second of that name, king of Scots, did treasonably conspire with another or others, his accomplices, to murder his nephew James, king of Scots, the Lady Joan, queen of Scots, and the prince, James, second of his name, now king of Scots, and usurp the royal title, crown and throne for himself. Having been charged and presented with the evidence against him, including the damning confession of his grandson Robert Stewart, whose bloody-handed right arm now graces the Netherbow port of Edinburgh, he could offer no defence to prove his innocence. Instead, he sought pathetically to excuse himself, claiming he had neither conspired against King James nor assented to the conspiracy of others, but had known of the plot only from his grandson’s lips. Because the plotter was his own grandson, he had said nothing to the king, but had instead urged the false chamberlain to abandon his treason, give no council to the rest of the traitorous band, and denounce the conspiracy. This shameless effort to pass all blame to his grandson, who has already paid the price for his wickedness, was greeted with the scorn it deserves. Whether he was the evil genius in whose brain the foul plot was hatched and in whose heart black treason was nourished, or simply guilty for knowing of its existence but failing to warn our innocent lord, he was condemned by his own actions and sentenced to die for his crimes.

The indictment and sentence having been proclaimed, Earl Walter was led into the midst of the High Street in chains. The high cross that had been used in the executions of his grandson and Christopher Chambers last week had been dismantled, because it is so close to Easter when no cross should be exposed in public for memory of Christ’s coming death and glorious resurrection, so he was instead placed in the pillory for all to mock. To add to his shame, a mock crown of paper was placed on his head, painted with the words ‘Traitor, Traitor, Traitor’. After he had been mocked and shamed in this way for an hour or so, the Pope’s nuncio, Antonio Altani, bishop of Urbino, who had been at court in Perth at the time of the assassination, heard Walter’s confession. For what it is worth from the lips of a shamed, perjured and condemned man, he continued to deny his guilt and cry his innocence of the charge of conspiracy. Yet all who watched know beyond any doubt that the man who would have benefited most from the death of the king and queen was none other than his eldest living male relative, Walter Stewart.

Although he deserved no consideration or compassion, for none did he offer to our lord king, this vile traitor was spared the tortures that his grandson and Chambers suffered. For his age, too, he was spared the parading and pelting that they had been given. Instead, he was led straight to the scaffold, unbelieving to the last that he would not be pardoned, proclaiming always his innocence, blaming always his grandson, and reminding all of his royal blood. Only on the scaffold did he accept his fate and confess his sins to Bishop Antonio. And then, to the delight of the crowd, the executioner lifted an iron crown that had been heating in a basket of glowing coals, and placed it with tongs upon Walter’s head, searing a burning ring into the skull that was the cave in which dark and corrupt designs had lurked for so long. As his screams for mercy and release echoed around the High Street, the fainting earl was dragged to the block and his treacherous head struck from his body. Again crowned with the iron crown of his shaming, it now adorns a spike above the tolbooth.

With the death of the Old Serpent we await the final meting of justice to the remaining conspirators. As Atholl’s head was hoist to its spike, the heralds cried that a day was set in Stirling for the execution of Robert and Thomas Graham, Thomas Hall and the rest of the gang that has been rounded up in the wilds of Atholl. Condemned by witnesses and defiant in their blood-lust, these beasts of Satan need no trial and will suffer the full penalty of royal justice.