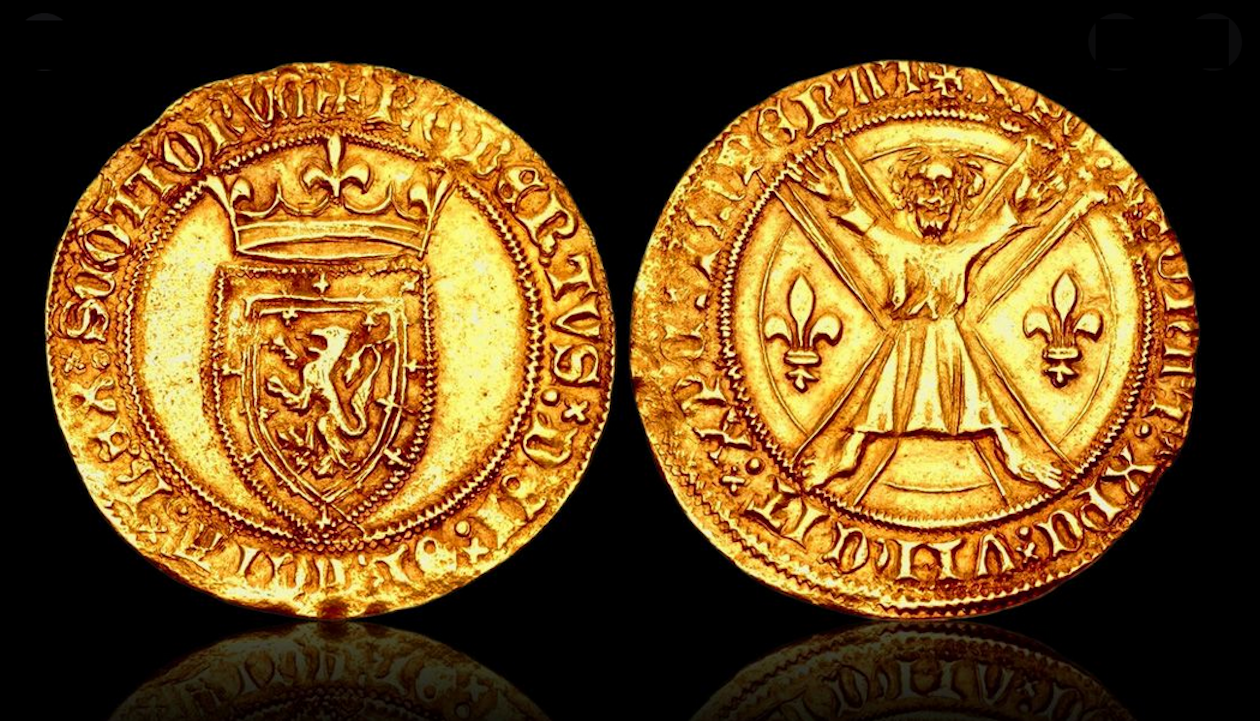 How much of the royal income did James spend on his purchases of spices, sugar and other luxury goods? The £78 Scots spent on various spices in 1435 represented perhaps 0.75% of the crown’s income at that date, and the £18 spent by Queen Joan on 7.6 metres of crimson satin an even tinier percentage. These might seem insignificant amounts, but a very crude calculation based on modern silver values would give us nearly £5000 sterling for the spices. When we begin to take into account the different scales of the medieval and modern economies, we must start to think of this figure as having immeasurably greater value. Quite simply, James’s annual expenditure on the luxury commodities of the day would have run into the hundreds of thousands of pounds. It was expensive to live the life of fifteenth-century royalty!

There is no straightforward way to calculate exactly what James’s levels of expenditure would equate to in terms of modern equivalent purchasing power. The fact that we use the same basic unit of currency – the pound – does not mean that there is some simple kind of converter to calculate modern equivalents from medieval prices. From the time of the issue of the first Scottish silver pennies in the reign of King David I (1124-153) into the early fourteenth century, Scottish and English pounds were of equal value. That value was based on the stability of the purity of the sterling silver used – 92.5% silver and 7.5% copper to give it durability – with the coins’ purchasing power based on its real bullion value. Early in the reign of King Robert III (1390-1406), however, the value of the pound Scots against English sterling was dropping rapidly as the silver content of the Scottish coins was steadily reduced and the percentage of base metal in the sterling alloy increased. By the 1420s, the exchange rate was approximately two pounds Scots to one pound sterling, and by the 1430s it had depreciated further to two pounds ten shillings Scots to one pound sterling. In pounds Scots, James I’s £40,000 sterling became £100,000. 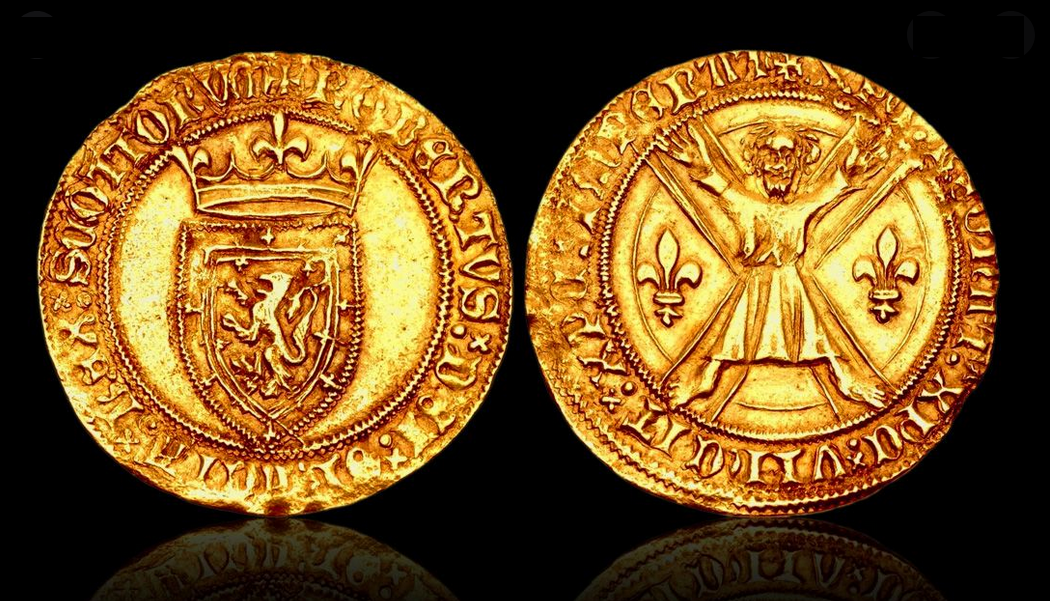 Made of gold, and with a value of 2 Shillings and 6 Pence (Scots pounds), this is the earliest depiction of St. Andrew on a Scottish coin.

We cannot even begin to work out what that ransom figure equated to in modern values, despite various figures having been bandied about. All we can be confident of is that it would have been millions in modern terms, probably hundreds of millions. There is no straightforward way of calculating and not simply because of all sorts of inflationary variables. Even using the current spot price of silver on the bullion markets gives no real equivalence. Just before the start of the recent financial crisis, in October 2019, one pound of silver cost around £161, but that figure cannot be used to calculate the purchasing power of a medieval pound Scots relative to modern GBP. Compared to medieval Europe, before the injection of massive quantities of South American silver in the sixteenth century, there is now a huge volume of silver available, which over the centuries has utterly distorted the intrinsic value of bullion. So, the size of the medieval economy and the value of the real, bullion-based wealth circulating within it was a fraction of that of the modern country.

Just as we can still be outraged at the pointless extravagance of celebrity lifestyles and their expenditure on high-value status symbols, so too would many of James’s subjects – from the nobility who watched the king seize his kinsmen’s lands to boost his income, to the merchants whose trade was taxed through the customs levied on their goods, and the peasants whose labour underpinned all agricultural production – been aghast at his level of spending. In the court and household of James and Joan, we would have seen the reality of the phrase ‘conspicuous consumption’. It was not, however, simply shameless extravagance.

Rich display was part and parcel of the elite culture of the day, indeed, there were attempts to make it a ‘protected characteristic’ of nobility through what is called sumptuary legislation, which tried to regulate the expenditure of rich merchant or peasant families on food, drink, fine clothing in expensive colours and imported cloth. What you ate and drank, how you dressed and in what colours were factors that denoted rank. So, for your average Scottish peasant in the fifteenth century, the amounts spent by James on exotic food and fine wines was utterly unimaginable, but it was what would be expected of their king.