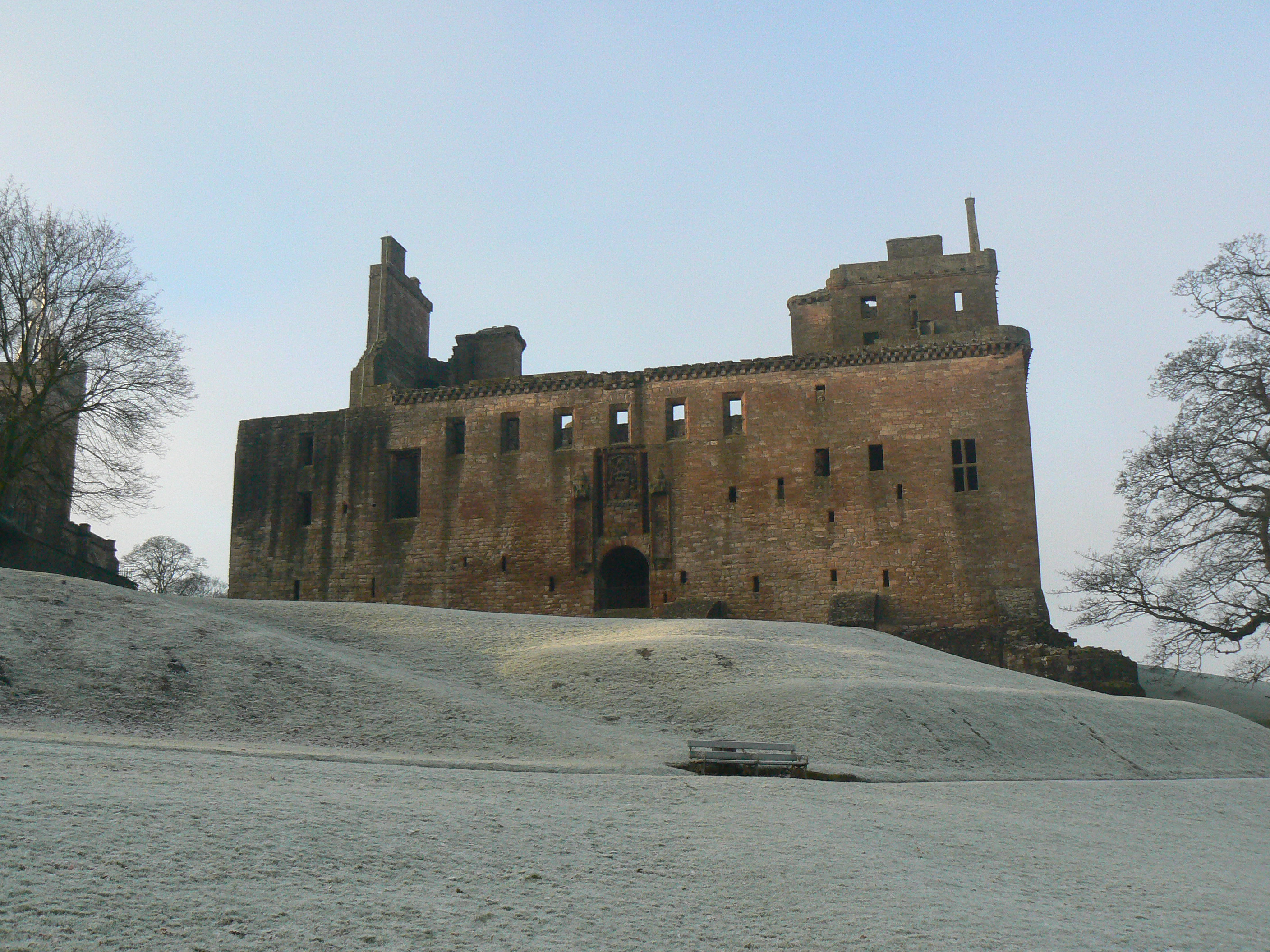 We have probably all seen some modern re-imagining of a medieval banquet, from cinema depictions of Henry VIII ripping apart whole chickens and throwing the bones over his shoulder to the dogs, to Lord of the Ring’s feast in the hall of Edoras or Game of Thrones’ Red Wedding. These are powerful images, of heaps of food and bucket-loads of drink consumed in a seemingly chaotic free-for-all, where the drunken revellers simply slipped to the floor beneath their trestle tables and snored amidst the food-debris and vomit of their feasting. Such depictions of riotous feasting are certainly not just the imaginings of over-active modern minds, but the every-day reality in later medieval royal households was of something more planned, formal and sober.

For most visitors to the ruined royal palace at Linlithgow, two spaces best capture the richness and colour of the medieval court, the chapel and the great hall. James’s hall, the centrepiece of the palace which he and Joan built on the fire-damaged ruins of the later fourteenth-century royal manor at Linlithgow, is one of the most magnificent spaces to survive from medieval Scotland, even in its roofless state. It occupies the whole upper level of the palace’s east quarter and, as originally conceived, formed the main feature that visitors to the palace would have seen as they approached the principal gate. At its south end was the withdrawing chambers, where the king and queen would have retired with their top-table guests after dining, and at the north, rising through three levels, was the sequence of spacious kitchens which supplied the food. It was a magnificent work of early Renaissance architecture, one of the first erected in northern Europe, modelled, it is believed, on the palaces of early fifteenth-century Rome, and combining the sophistication of ceremonial space with the practicality of integrated service arrangements.

The hall as we see it today is the result of modifications in the later fifteenth, sixteenth and early seventeenth centuries, but none of these alterations change the overall sense of scale and space. It was entered originally through a doorway reached via a timber stair from the north-east corner of the courtyard, later replaced by a stair-turret in the north-east angle. This opened into what was known as the screens passage, a space that linked the kitchens to the hall, with service hatches on the north, stairs down to the lower kitchens, pantry and ale-cellars at either end, up to a minstrels’ gallery over the screens, and doorways to the hall. The kitchens as we see them today are the result of a major remodelling in the early seventeenth century but their enormous fireplaces, high vaulted roofs and large windows give a sense of the almost industrial scale of the food-preparation necessary to serve the royal household when it was in residence.

Even today, the hall is a magnificent if not majestic space. Once roofed by a high, open-timbered ceiling like those at the great halls in Edinburgh and Stirling, or the less well-known Darnaway in Moray, and with lime-washed walls reflecting the light the high-set windows, it was designed to draw the eye towards the raised dais at its south end where the royal party would have sat. Stone benches ran down both side of the hall, tapestries or painted plasterwork would have filled the blank wall section beneath the windows, and the niches would have been filled by carved and painted statues of heroes from legend, warriors and kings. Behind the dais, filling almost the whole south wall, is one of the finest fireplaces to survive from medieval Scotland, canopied and divided into three separate hearths by carved pillars. To its left is a massive window that rises almost the full height of the hall, early sixteenth-century in its present form, but replacing an earlier opening, throws light on the dais and would originally have bathed the table and its occupants in brilliance compared to the half-light of the main hall.

From the dais, flanked by their guests, James and Joan would have looked out over their assembled household, who would have been seated on either side of two rows of trestle tables that ran down the length of the hall towards the screens. The food for the top table would have been carried in a procession from the service hatches by splendidly dressed youths, sons of noblemen who were being trained in the king’s household. Contrary to the modern visions of buxom serving-wenches threading their way through the hall carrying brimming flagons and jugs, most of the table servants were male. At the top table, the food would have been carefully cut or spooned into portions and delivered on individual plates to the royal party, who ate using fingers and utensils. Drink would have been served by other senior servants who circled the group carrying jugs or ewers. Between courses, the royal party ritually washed their hands in basins brought to the table by their servants, with water poured from ewers, and dried on great linen napkins that the servants wore draped over their shoulders and reaching almost to the floor. The fineness of the cloth was another part of the ritualised display of wealth and culture. In fact, the whole meal was a stage-managed experience, overseen by experts and all designed to heighten the aura of majesty and mystery that James and Joan were seeking to build around themselves.

Linlithgow Palace, which has been a ruin since the mid-eighteenth century, is today in the care of Historic Environment Scotland