Disease Control – Halting the Spread of Plague in Fifteenth-Century Scotland 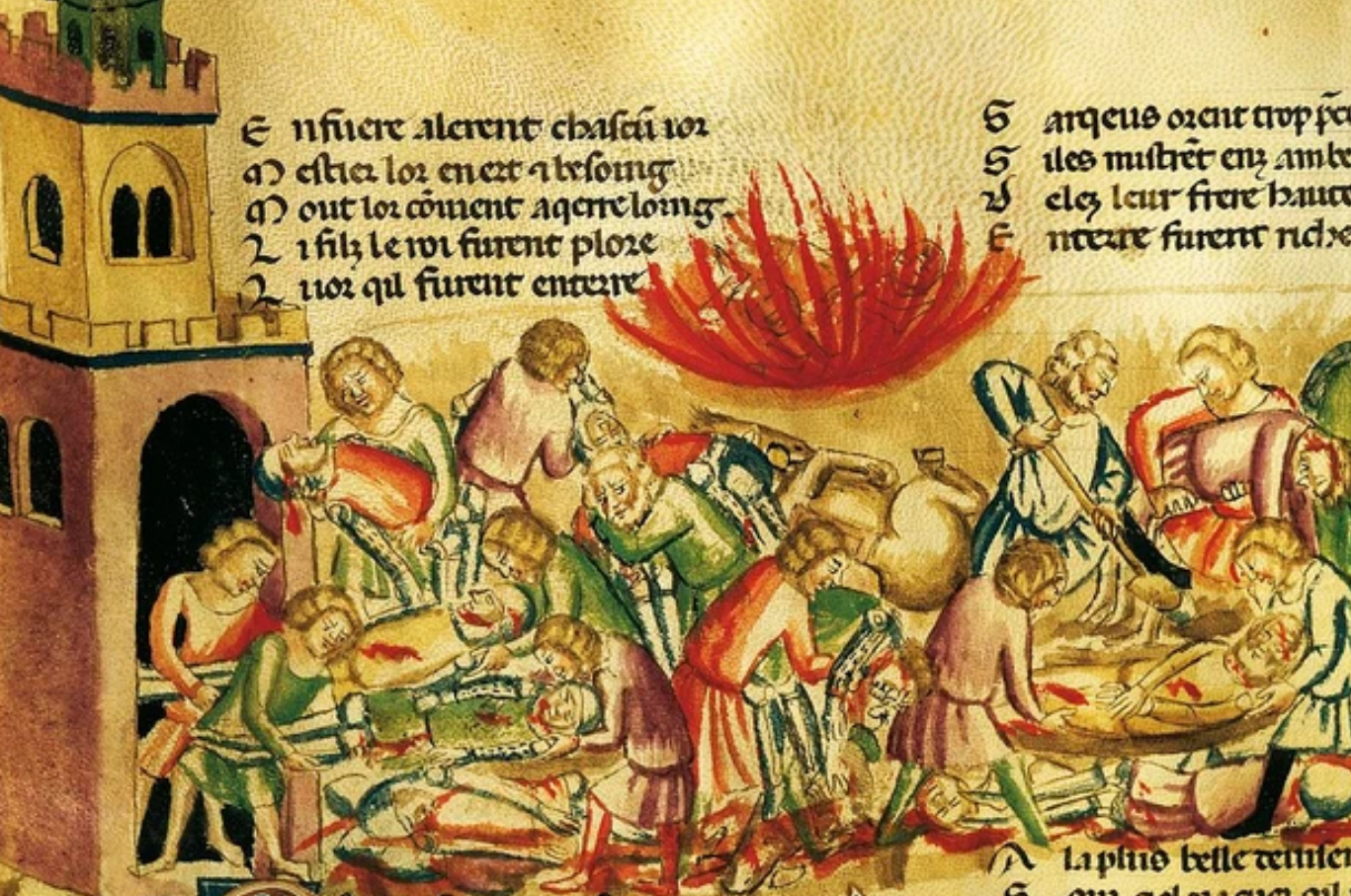 Disease Control – Halting the Spread of Plague in Fifteenth-Century Scotland.

Plague – or the pestilence as it was referred to at the time – had by the fifteenth century become an almost accepted aspect of life around which people negotiated and arranged their daily routines. After seventy-five years of bitter lessons that had seen hundreds of thousands of people die, pushing the population from a pre-Black Death high of between 1 and 1.5 million down to around half that level, had begun to understand what they had to do to slow its spread and avoid putting themselves and others at risk. Plague prevention measures had begun to evolve rapidly in the decades after the first Black Death pandemic that raged in Europe between 1347 and 1353, devised mainly within the populous Italian city-states, where ideas around healthy diet, cleansing of houses and furnishings, fumigation, restrictions on travel and, critically, quarantine, were being pioneered. 650 years ago, cities like Milan and Florence were already requiring the infected – or suspected infected – to remain in isolation within their homes for six weeks and preventing travel to and from plague-hit areas. The measures enforced in the last few days are hardly new!

In James I’s reign, as I have written about in a previous post, epidemic again struck the people of Scotland. By then, though, Scotland’s rulers had adopted responses that allowed the key business of state to continue wherever and whenever possible, including moving the whole apparatus of government to plague-free locations. In October 1431, as Walter Bower’s ‘swiftly spreading pestilence’ raged in Edinburgh and Lothian, legislation was passed to hold the exchequer audit the following February in Perth, gife the pestilens be not thare (if the pestilence is not there), and in St Andrews if Perth was affected. In the 1360s, during the second Black Death pandemic, King David II had taken his entire court and administration north into Aberdeenshire and Moray to escape the mortality in the Central Lowlands, while the first Stewart kings Robert II and Robert III had removed themselves from the main urban centres during each successive outbreak. Perth evidently did escape the epidemic that time, since the exchequer gathered there after Candlemas (2 February) 1432 and parliament assembled there the following month.

Formal or legislative responses designed to control plague evolved slowly, largely because disease was still largely believed to be a sign of God’s wrath. Diseases that corrupted the body – and the putrescent lymph nodes of bubonic plague were, with leprosy, the clearest visible manifestation of that – seen as external reflections of a corrupted soul. Attempted cures were, therefore, as much spiritual as physical. But practical measures were implemented and enforced by the local authorities – burgh councils and great lords who exercised legal powers over their territories – guided by advisers who knew of the measures adopted in Italy and who had read the main medical treatises, especially that attributed to a mythical fourteenth-century travel-writer called Jean de Mandeville or John of Burgundy/Bordeaux, which continued to be popular into the late sixteenth century [a version of his treatise, in Scots, is copied into the early sixteenth-century charter-book of Kelso Abbey as A nobyl tretyse agayne ƺe Pestilens].

It was only in the reign of James’s son, King James II (1437-60), that parliament played a part in putting the local responses into any kind of order. On 19 October 1456, it enacted what was the first piece of parliamentary legislation set in place anywhere in the British Isles to regulate anti-plague policy, nearly sixty years before King Henry VIII enacted the first English laws of this kind. The law stated: Item, as to the pestilence and the governance thereof, the clergy thinks that there should be no man put out of his house in the country or in burghs that has land to serve himself and his men, unless he would not remain nor may not be closed within his own house, and if he disobeys his neighbours, in that case he should be compelled to pass out of the town. And if there are any poor folks that have no goods to provide for themselves, and [they are] put out of any town, the people of that town should provide for them and not let them pass away from the town where they were deputed to stay to defile the country about them. And if any such folks be put out of the town and would steal away, the people of that town that put them out should cause them to be followed and bring them back and compel them to remain and punish them for their passing away. And that no man should burn another man’s house unless it may be done without hindering or harming of his neighbours. And that the prelates make general processions throughout the diocese twice a week for the staunching of the pestilence and grant pardon to the priests that go in the processions (Modern English translation from The Records of the Parliaments of Scotland to 1707, K.M. Brown et al eds (St Andrews, 2007-2020), 1456/7. Date accessed: 25 March 2020 – accessible at www.rps.ac.uk )).

The first thing to notice about the law is that arose from an appeal from the leading churchmen in Parliament, reflecting the fact both that they were the main educated community who had access to the latest thinking on plague and that the disease was still considered mainly as a spiritual matter. Second, it is about control on movement of people: its first clause concerns action against individuals who will not obey quarantine regulations; the second is about poor people who could not support themselves being put out of towns, requiring townsfolk to give them a means to sustain themselves so that they did not travel elsewhere to find sustenance, taking the plague with them and spreading it (to defile the country around them). Here, again, we see the notion of plague as a pollutant, defiling and corrupting the land. The third clause is very much ‘of the moment’, in that it is enforcement of restrictions on movement, compelling the local authorities to stop or apprehend people who had been put out of the town, forcing them to return and punishing them appropriately for having fled. The fourth clause concerns property, controlling the practice of burning houses in which plague victims had died. This was only to happen in a controlled manner where there was no risk of its spreading to adjoining buildings and other men’s property. Numerous fifteenth- and sixteenth-century records from around Scottish towns speak of fumigation efforts involving burning brushwood that got out of control, or of deliberate burning of plague-infested properties that set the houses around them alight too. The final clause returns to the spiritual issue, with provision for the local leading clergy to process twice weekly in their dioceses in elaborate rituals to seek God’s intervention to halt the plague, and, revealing that large gatherings were strictly prohibited even then, granting the participants a pardon for doing so.

In this legislation, we see the whole range of impacts and responses to the epidemics of the time that affected the people of fifteenth-century Scotland. Threats to social order and stability, with loss of earnings and people unable to support themselves and feed their families. Requirements placed on the governing authorities to make charitable provision to sustain people who found themselves in these dire straits. Strict control on movement and assembly, with no-one allowed to move freely around the country without permission and pardon. Protection for private property placed at risk by the wider measures to control disease-spread. Our ancestors would very much have understood the measures currently in place to slow the spread of Covid-19.

Image: The effects of the disease known as the Black Death. Public domain