A Tale of Two Burghs: How King James’s Death Changed the Destinies of Two Scottish Cities 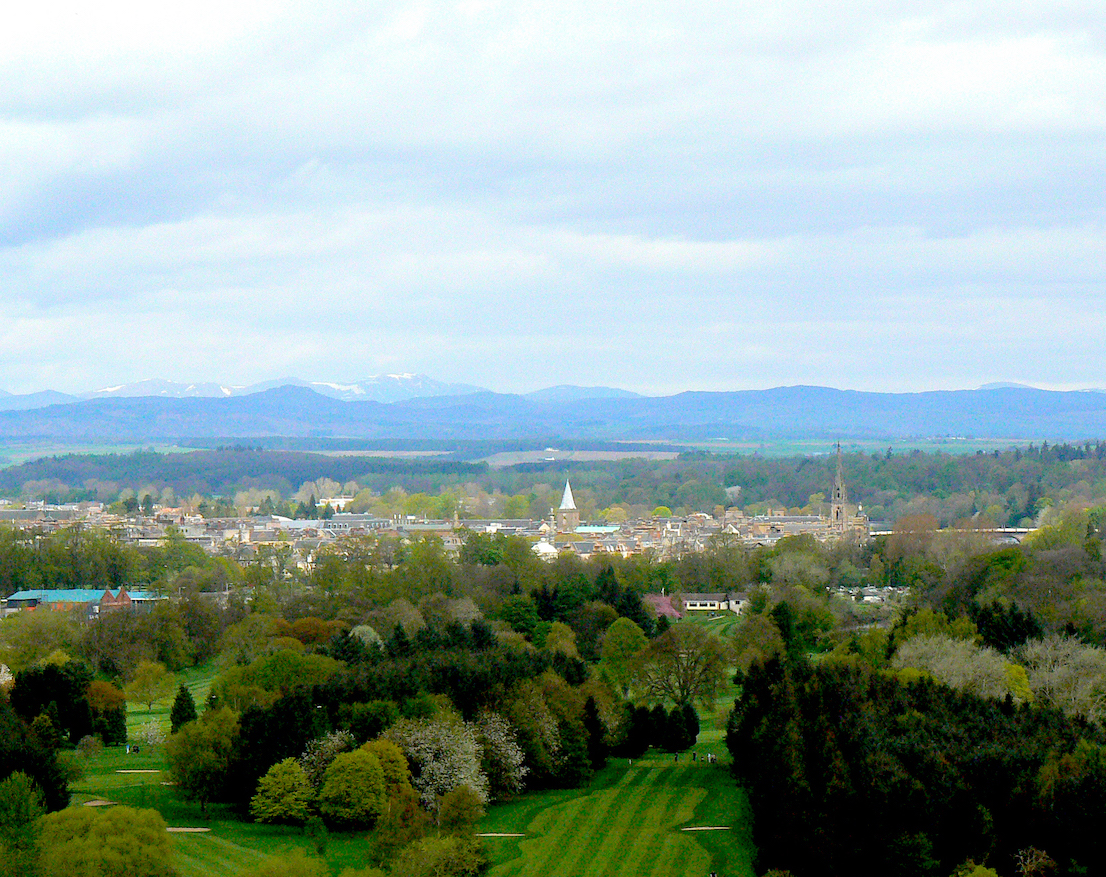 A Tale of Two Burghs: How King James’s Death Changed the Destinies of Two Scottish Cities.

The events of the night of 21/22 February 1437 had repercussions that changed the destinies of two Scottish cities and set in motion developments that transformed the political shape of the kingdom. Amongst the many reasons that King James I had been in Perth was highly political business. He had called a meeting there of his general council – not quite a full parliament, but a gathering of his greatest councillors and selected wider members – which started on 4 February 1437. Although this council’s business might have been unusual, it was held in the presence of the papal nuncio, Cardinal Antonio Altani, bishop of Urbino, sent by Pope Eugenius IV to discuss Church matters, its gathering in Perth was not. In James’s reign, the burgh had become the most regular gathering-place of the kingdom’s political elite, legislature and financial apparatus.

Perth had been one of the most important centres of the Scottish kingdom from the early twelfth century, a place where politics and commerce combined and which had added significance as the nearest urban centre to Scone, where Scotland’s kings were made. For much of the twelfth and thirteenth centuries second only to Berwick as an international trading port, its geographical centrality to the still-expanding kingdom made it an obvious meeting-place for Church councils and royal assemblies. It was here, for example, that the Norwegian ambassadors met with King Alexander III and his council in 1266 to set their seals to the treaty that officially ended the Scot-Norwegian war that had started in 1263 and which resulted in the transfer of the Hebrides from Norwegian to Scottish overlordship. But it was not the only power centre in the kingdom, for Scotland’s rulers and their instruments of government were not fixed in one place. They remained peripatetic, that is to say that they travelled around their kingdom to visit key locations, and meetings of parliaments, general councils and even exchequers occurred when and where the king chose to hold them.

From the 1360s, Perth began to emerge as one of the most regular meeting-places for the kingdom’s political assemblies. King David II held fifteen such gatherings in the burgh or at nearby Scone between January 1357 and his death in February 1371. That centrality faded briefly under King Robert II but returned under his son, who held four of his known eight parliaments or councils in the burgh. It was, however, in the reign of James I that Perth came to dominate the Scottish political landscape. Robert, duke of Albany, held five of his nine councils for which locations are known at Perth and one at Scone, while Duke Murdac held one of his two known councils there. This importance under the Albany Stewarts is a reflection of where their main powerbase was located – north of the Forth – and with its principal concentration in Fife and Perthshire, where they held or controlled the earldoms of Atholl, Menteith and Strathearn, plus the lordships of Methven and Strathord. Here, too, we see the root of the close affinity of many Perth burgess families to the Albany Stewarts and their Graham kinsmen, reflected in the attachment of the Chambers/Chalmers brothers to the conspiracy that resulted in James’s assassination.

It was possibly to emphasise his authority and then triumph over the Albany Stewarts that James may have chosen Perth as his most favoured seat of government. From August 1424 down to February 1437, he held seventeen of his twenty-three known parliaments or general councils there, with only three in Edinburgh, two in Stirling and one in Inverness. Of those, the Stirling and Inverness gatherings had very deliberate reasons for their siting, the former associated with the trials of the Albany Stewarts and their Lennox kin, the latter with James’s imposition of his power in the Highlands. Who knows where this overwhelming emphasis on Perth would ultimately have led, but in February 1437 Perth certainly came closest to filling the role of ‘capital’ of Scotland. James’s brutal murder in the King’s House there ended that trend with almost equal suddenness.

In the aftermath of James’s assassination, Queen Joan and the leading nobles of the kingdom shifted their main base of operations decisively south, to the security of the great royal castles at Edinburgh and Stirling. Despite the proclamations of loyalty from Perth, the burgh’s proximity to the land of the ‘Wild Scots’ where Robert Graham and his fellow conspirators had found refuge, cast a long shadow over its reputation. So profound was the shock to confidence in Perth that even the coronation of the child-king James II, on 23 March 1437, was moved from the traditional inauguration-place of Scotland’s kings since the ninth century at Scone to the greater security of Holyrood Abbey within sight of the royal fortress at Edinburgh. An ancient link had been severed, with only James IV in 1488 and then Charles II in 1650 returning to Scone for coronation.

The role as parliamentary meeting-place also died with James I. It was five years after the king’s assassination before a gathering of the kingdom’s leaders met again in Perth, but it was only in 1450, once he had asserted his personal rule after the long years of his minority, that James II presided over a gathering in the burgh. A parliament in Perth in February 1457 may have had symbolic importance for James II, coming twenty years exactly since the council-gathering that had ended in his father’s murder. It was followed by two further parliaments in Perth before the end of his reign. But, with only four occasions out of the seventeen meetings over which James II presided held in Perth and with the majority of the remainder located in Edinburgh, it is clear that Perth had only begun to shake off its bad reputation late in that king’s reign. With three of his last four assemblies held in Perth, it is possible that James II may have been contemplating a restoration of Perth’s former central place. His premature death at the siege of Roxburgh in summer 1460, however, ended that possibility and the eight years of James III’s minority that followed saw a reversion to the dominance of Edinburgh that was never thereafter broken.

Perth’s long, slow late medieval decline was the result of many more factors than just the assassination there of King James I. Edinburgh’s growing economic domination of the kingdom stemming from the loss of Berwick to the English, lack of key strategic resources – especially access to fuel supplies – and environmental changes that were affecting the navigation of trading vessels up the Tay to the burgh’s port that gave the regional advantage to Dundee, contributed far more to Perth’s loss of its once-powerful position. But it was the trauma of that brutal act in February 1437 and the consequent flight of the symbolic instruments of power to the perceived greater security of Edinburgh and Stirling that marked the pivotal moment.