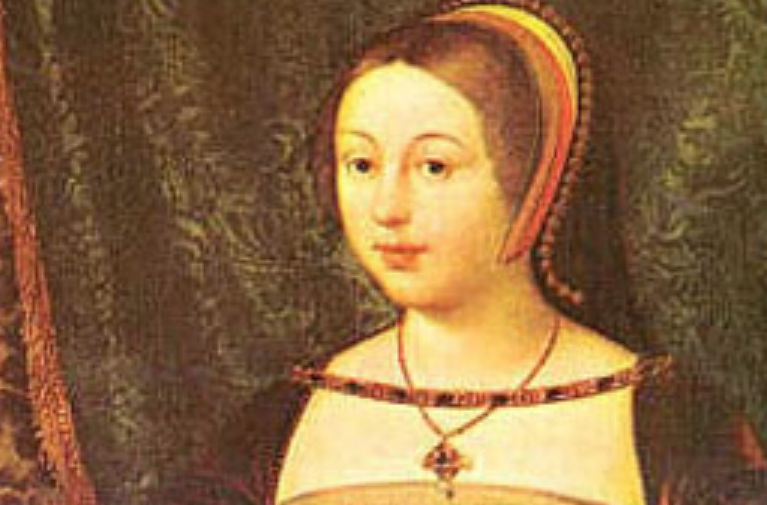 Although the Perth Charterhouse Project is focused heavily on King James I and Queen Joan Beaufort, we must not forget that the Charterhouse was also the burial place of another Scottish queen who was a member of one of the best-known families in English history, the Tudors. On 18 October 1541, the Queen-Mother Margaret, widow of King James IV (reigned 1488-1513), divorced wife of Archibald, 6th earl of Angus, and wife of Henry Stewart, 1st Lord Methven, died at Methven Castle west of Perth, the castle that a century earlier had belonged to Walter Stewart, earl of Atholl, and where the plot to assassinate King James I had probably been hatched. For much of her later years, she had enjoyed a difficult relationship with her son, King James V (reigned 1513-42), but on her death he organised a grand funeral for her and burial in the royal vault within the church of the Carthusians at Perth. Few people in Perth, let alone Scotland or Britain more generally, are aware that she was buried alongside her husband’s great-grandfather and her distant kinswoman, Joan Beaufort. This lack of awareness is symptomatic of a more general failure to recognise her historical role. Margaret Tudor is a much-neglected historical figure, yet she was one of the most important figures in British history, for through her, great-grandson, King James VI of Scotland, succeeded to the English throne in 1603.

How was this possible? Margaret was the elder daughter of King Henry VII of England, the first king of the Tudor dynasty, and the elder sister of the infamous King Henry VIII. Her marriage to King James IV of Scotland in 1503 had been agreed to reluctantly by her father but had been the final element demanded by the Scots to secure what was called the Treaty of Perpetual Peace between the two kingdoms. James and Margaret had several children in their ten years of marriage, only two of whom outlived their father. Still only aged 23 when James perished in September 1513 in the Battle of Flodden, fighting the army of his brother-in-law, Henry VIII, the breakdown of the Anglo-Scottish peace of 1503 made her a friendless outsider in a hostile country.

She had, however, a position of power, for James IV had arranged that should he die she would become the guardian and regent for their son, King James V. The catch, however, was that she was permitted to retain that position on the proviso that she did not re-marry. A vocal faction amongst the kingdom’s leaders almost immediately called for her removal, fearful of the influence of her Tudor brother over her, and for her replacement by her son’s nearest living male kinsman, John, duke of Albany, who had been born and lived in France all of his life. Margaret successfully resisted the calls, but only eleven months after her husband’s death she threw power away by secretly marrying Archibald Douglas, 6th earl of Angus, on 6 August 1514 in the parish church of Kinnoull, whose ruins stand just across the River Tay from Perth.

It was a disastrous marriage, for Earl Archibald was notoriously fickle, distrusted even by members of his own family, who regarded him as a ‘young, witless fool’. A schemer and philanderer, it is clear that he saw Margaret as his route to political power. But their marriage had broken the terms for her regency and, before August was over, she had been forced to resign in favour of Albany. In October 1515, Margaret and Archibald fled to England, where she gave birth to a daughter, Margaret, who would go on to marry Matthew Stewart, 4th earl of Lennox, whose elder son was Henry Stewart, lord Darnley, the second husband of Mary Queen of Scots and father of King James VI. Archibald, fearing forfeiture and the loss of his family’s influence in Scotland, abandoned her in England.

Margaret returned to Scotland in 1517 and, although briefly reunited with Archibald, soon learned of both his infidelity during her time in London and his appropriation of her money. The following year she started to hint at a divorce in letters to her brother, who, ironically given his later behaviour, was strongly opposed to that route. In 1521, the Duke of Albany returned again from France and Margaret soon joined forces with him, which her husband – who was charged with treason in December 1521 then forced into a captive exile in France in 1522 – and his allies quickly spread rumours to suggest was more than just a political alliance. When Albany left Scotland, never to return, Margaret staged her own coup d’etat in 1524 and, declaring her son’s minority at an end, sought to regain power as his chief counsellor. To secure power, she allied with the Earl of Arran, but that simply alienated many of the other leading families in the kingdom. To make matters worse, her brother sent Archibald back to Scotland and her husband was soon demanding that he be made a member of the close circle who controlled the twelve-year-old king’s government. With her own unerring ability to make bad decisions, Margaret further alienated some leading figures in the kingdom by starting an ill-concealed affair with Henry Stewart, a man several years her junior and with a reputation as questionable as her current husband’s. The result of all of these factors combined was that her position became so weakened that in February 1525 she was eventually forced to grant Archibald the place in government that he had been seeking.

Archibald now staged his own coup, seizing his stepson in July 1526 and ruling Scotland through him for the next two years. Utterly estranged from her husband, Margaret now turned all of her energies to securing the divorce she had for so long sought, eventually securing an annulment in March 1527. A year later, she married Henry Stewart – who was a lineal male descendant of Murdac Stewart, 2nd duke of Albany, whom James I had executed in 1425 – despite the outrage of her brother. Archibald, who had the power he wanted through his possession of the king, was unconcerned by the move.

In June 1528, James V threw off his hated ex-stepfather’s controls and began to exercise his personal rule. After several unsuccessful royal sieges of his castle at Tantallon, Archibald eventually fled into exile in England and remained there until after the death of James V in 1542. The young king’s relationship with his mother was at first good, with Margaret and Henry, to whom James gave the Lordship of Methven, holding influential positions in his council, but her repeated efforts to secure a new understanding between Scotland and England and, possibly, her son’s marriage to his English cousin, Mary Tudor, led to tensions. To make matters worse, Henry Stewart was proving to be no better than Archibald Douglas, openly keeping mistresses and defrauding Margaret of her income. Her letters to her brother are full of despair at her position, anger at her son’s obstruction of her efforts at a second divorce, and frustration at what she regarded as her poverty. Henry VIII, who was a strong supporter of Archibald Douglas, gave her little sympathy, but he did occasionally send her an expensive new dress to keep her quiet.

After James V’s marriage to Marie de Guise in 1538, Margaret seems to have found some equilibrium in her relationship with her son. Marie and Margaret appear to have been on friendly terms, if not actual allies, but the queen-mother was never to regain any real influence within her son’s council. Margaret, indeed, spent most of the late 1530s away from court, living quietly on her estates. 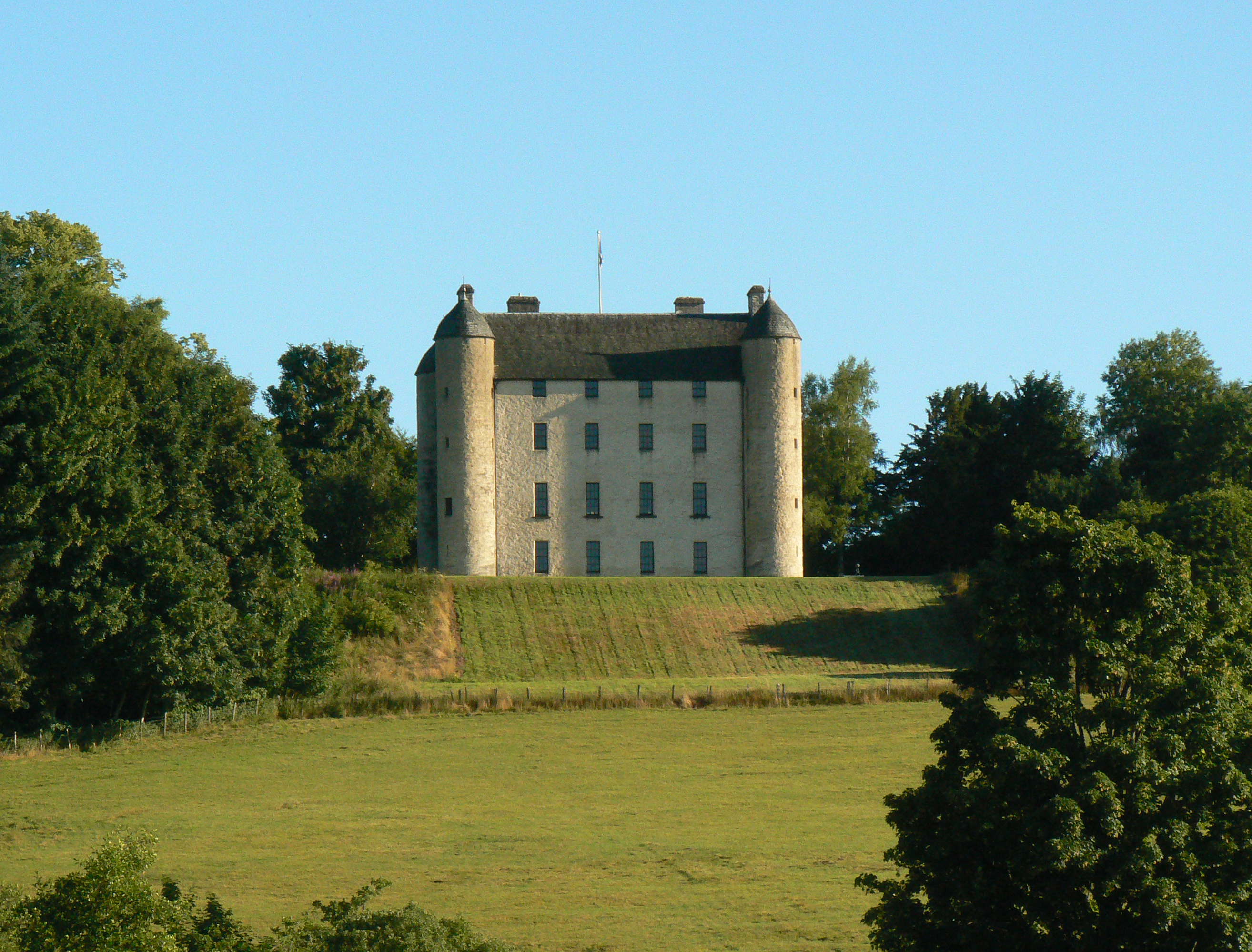 Her chief residence was Methven Castle and she became a familiar figure in nearby Perth. It was there on 18 October that she died after a brief illness. She had requested a visit from James V, who had been hunting on the other side of the Ochil Hills from Perth at Falkland in Fife, but he arrived at Methven only after his mother’s death. Ignoring all of her death-bed bequests and appropriating all of her personal property, although he did spend generously on her funeral, he even skimped on costs of her burial by placing her in the royal vault alongside James I and Joan Beaufort. Less than eighteen years later, her resting place was desecrated when the Protestant mob ransacked the Charterhouse.